Lucid Dreaming Is a Mystery We’re Starting to Crack 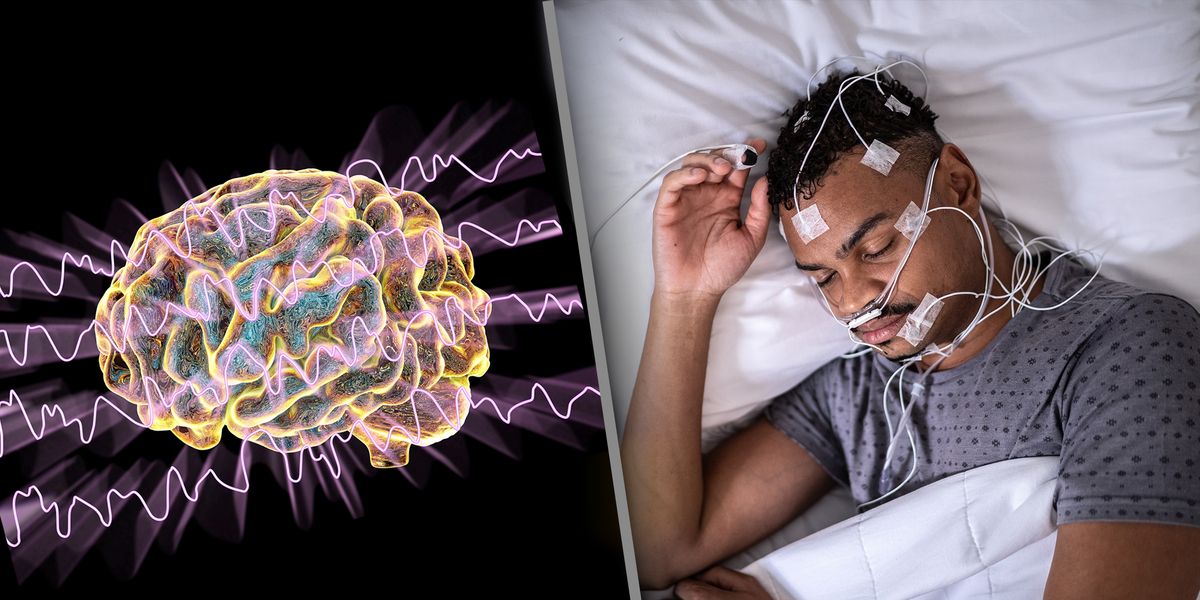 Have you ever been aware you’re dreaming? Perhaps even controlled what happened in your dreams? If so, you may be a lucid dreamer.

In part 6 of our neuroscience expert series with Ben Rein, a neuroscientist at Stanford University and a social media science communicator, we learned about these lucid dreamers. Rein tells Pop Mech video producer Ken Kawada that early research on them has revealed some compelling data.

The idea of controlling your dreams is definitely enticing, Rein says in the video (above). “Because who wouldn’t want to be existing fully conscious in a world where you can control everything and you can fly and do whatever you want? The most common way I believe that people achieve a lucid dream is they get in the habit of asking themselves, ‘Am I dreaming? Like right now? Am I dreaming?’”

Most of the time, the answer will be no, because you’re asking yourself that question while awake. But if you get into the habit of asking yourself if you’re dreaming, then eventually, you might ask yourself while you’re in a dream. As a consequence, Rein says, “then you realize, wait a minute, I am dreaming, and then a lucid dream ensues.” To be fair, this method is a bit speculative, and we don’t really know it works.

What we do know is that lucid dreaming might be detrimental to sleep quality, Rein says. Because it’s a conscious process, your brain is not truly resting during a lucid dream. “So it could be detrimental to the therapeutic properties of REM [rapid eye movement during dreaming that’s crucial to a good night’s sleep], the healing properties, the restorative properties,” Rein warns. Maybe try it during a nap instead, he suggests. Very little research has been done so far on the effects of lucid dreaming on sleep and health. Scientists don’t know exactly what’s going on in the brain—at least, not yet.

However, a study published in Current Biology last year made some headway. Four separate research groups across the world examined people who were good lucid dreamers. They replicated the same setup, hooking up the participants to an electroencephalogram machine (EEG) to measure brain activity. They also hooked them up to a device that measured eye movements. The researchers asked them to move their eyes back and forth three times once they were in a state of lucid dreaming. And the participants responded positively, which was confirmed via the EEG signals from the brain. “This person actually was in REM sleep, and their eyes moved back and forth three times to say, hey, you know, I’m here. What do you want me to do now?” Rein says.

Researchers then asked the sleepers a simple math question, and the dreamers moved their eyes back and forth the correct number of times to signify the answer. “It’s a step in the direction of us now being able to study lucid dreams from the inside and actually ask a person a question while they’re in the middle of a lucid dream,” Rein says.

🎥 Don’t Sleep on Our Other Neuroscience Videos

While this study doesn’t yet explain the full neurobiology of lucid dreaming, it helps crack open a window to understanding what a lucid dreamer is experiencing. In particular, pairing sleepers’ answers to questions during lucid dreaming with their brains’ EEG signals starts painting a picture of what the brain is doing, Rein explains. “In lucid dreaming, I think, you know, the big question off the bat is, is the brain activity signature of someone in a lucid dream identical to someone in a non-lucid dream? And I think understanding that would would start to get at that warning that I gave before, is it harming the properties of REM sleep?”

Aside from the absolute fascination of being both conscious and dreaming simultaneously, the most important practical concern, says Rein, is whether this contradictory state is impairing the lucid dreamer’s quality of sleep. He hopes to see more research that can answer this question.

Before joining Popular Mechanics, Manasee Wagh worked as a newspaper reporter, a science journalist, a tech writer, and a computer engineer. She’s always looking for ways to combine the three greatest joys in her life: science, travel, and food.