2023 Honda Accord photos preview its reveal next month 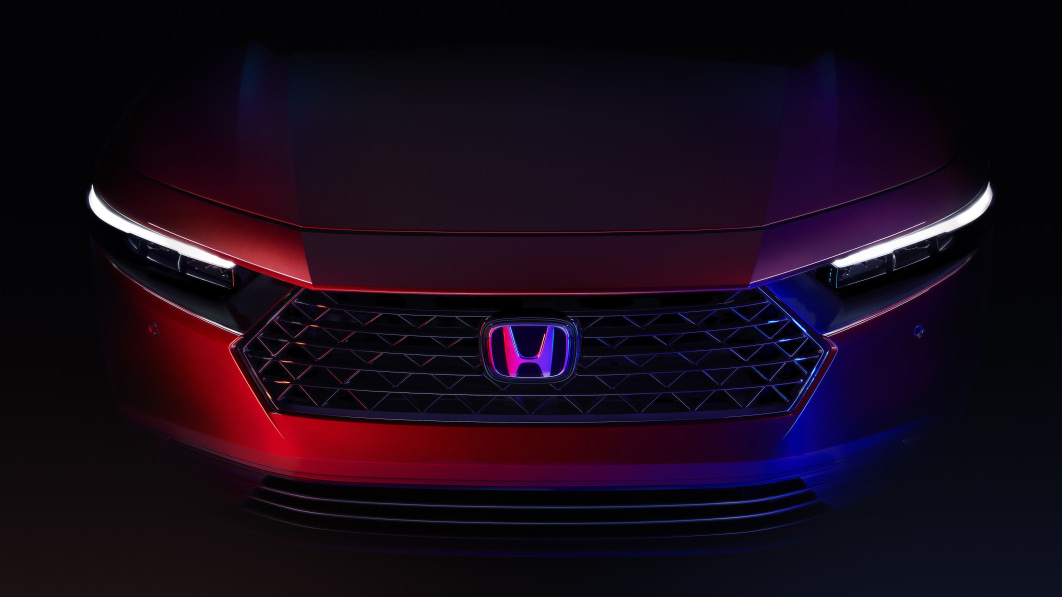 Check it out, everybody — here’s a halfway decent look at the next-gen 2023 Honda Accord. The few shots released today preview what we’ll see in full next month, as Honda plans to reveal the new Accord sometime in November.

In these photos, we get a glimpse of the front, rear and limited view of the interior. As you’d expect from a totally new generation, all the sheetmetal looks brand new. A much bigger grille is present, and the shield/bar design is gone, replaced with a more traditional looking mesh. Thin headlights sit just under the hood line with sharp DRLs highlighting them. The bumper is fairly simple in appearance, and the hood has some subtle creasing to it.

The rear LED taillights are a big departure from the current Accord, and they nearly stretch to a full-width appearance. Instead of being fully connected, the lights stop short of the Honda badge in the center, giving it a framed look. We can also tell that this particular Accord being previewed is the Hybrid model in Touring trim by the rear badge. Honda claims this Accord will have “a more responsive and fun-to-drive hybrid powertrain” than the previous car. That’s nice to hear, though we still rather enjoy the current hybrid system in the Accord. 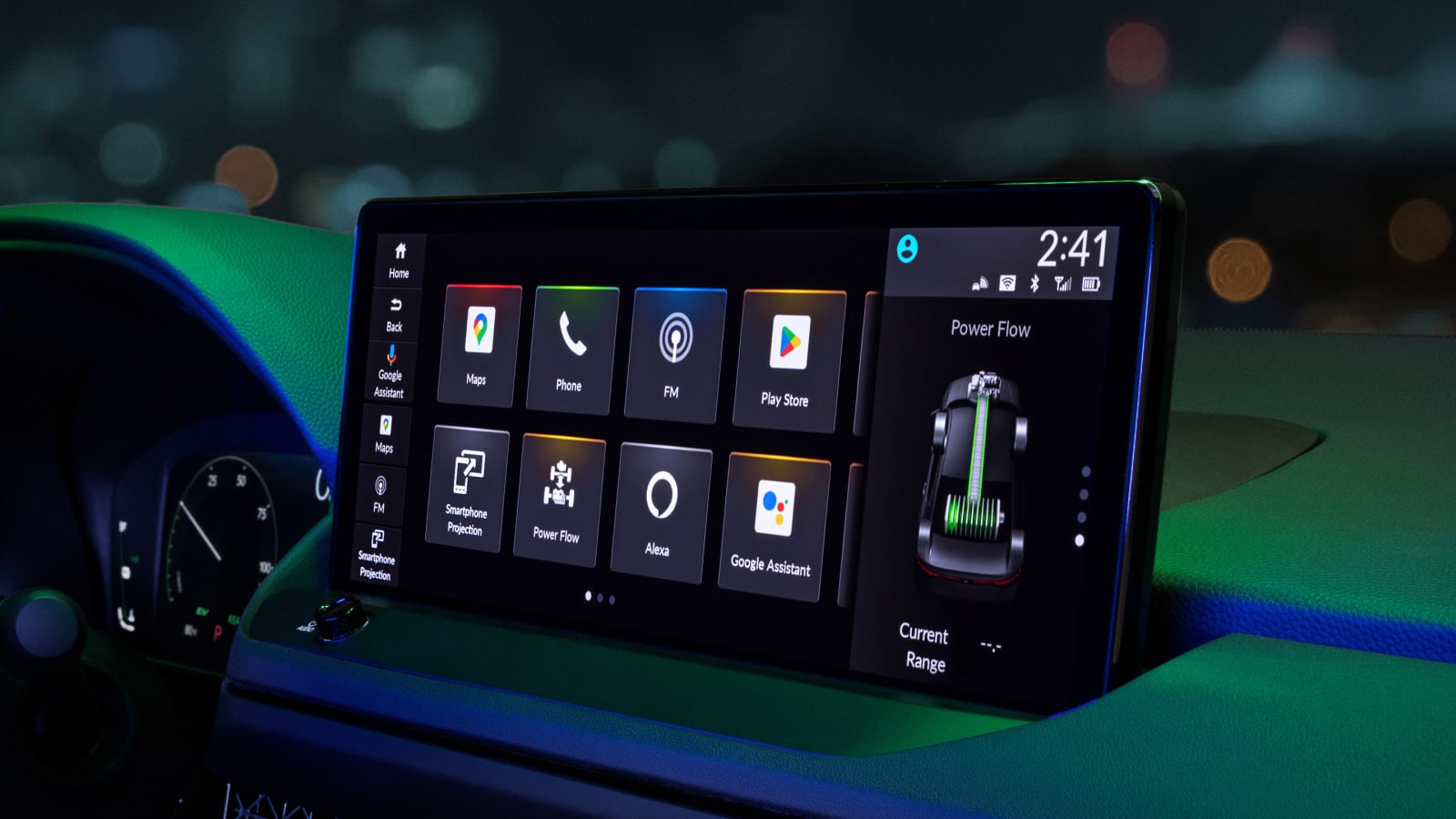 On the inside, Honda gives us a glimpse of a new 12.3-inch touchscreen going into the Accord. Honda says it’s the largest touchscreen in any of its cars ever, and the photo sure does highlight that fact. The software system backing what’s on the screen is Google-based, Honda says, so the user interface seen here will also be totally new for Honda. We can already see that it’s rocking native Google Maps as the navigation system. The Google Assistant and Play Store (app store) are also present in the tiles. Thankfully, a nifty volume knob is still perfectly visible and sits just under the screen.

We can’t see the whole dash or center stack design, but what we can see of it looks simple and classic Honda. The cluster appears to be a fully digital screen, and while there’s just a small corner of the air vent showing, its design already has us intrigued — will it be a massaged version of the Civic’s neat honeycomb look that imitates the grille? We think it might be!

Stay tuned for more, as the new Accord’s reveal isn’t far away at this point.