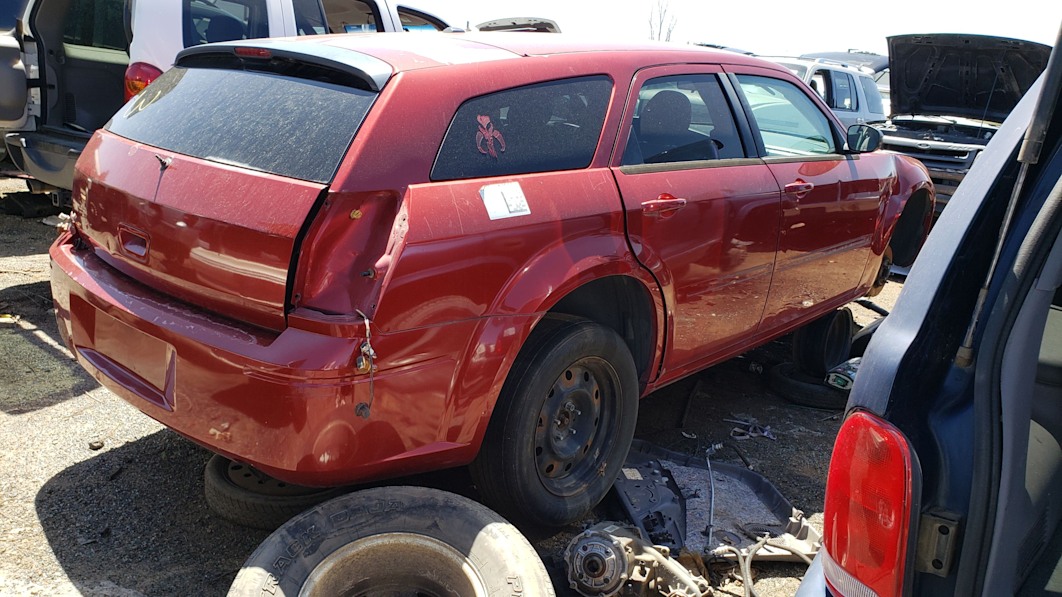 It’s no easy task to determine the year of the very first Dodge station wagon, because the wagonlike vehicles of the Dodge Brothers’ early years were “screensides” based on truck chassis and the sedan deliveries of the 1930s weren’t made as family haulers (though the truck-based Dodge woodie wagons of the middle 1930s seem to qualify). The 1949 Dodge Coronet wagon set the stage for the Dodge longroofs of the postwar era, leading to such classics as the spaceship-like finned machines of the early 1960s and the vast C-body wagons of the 1970s. What is easy is naming the very last station wagon to bear Dodge badges in the United States: the Magnum. 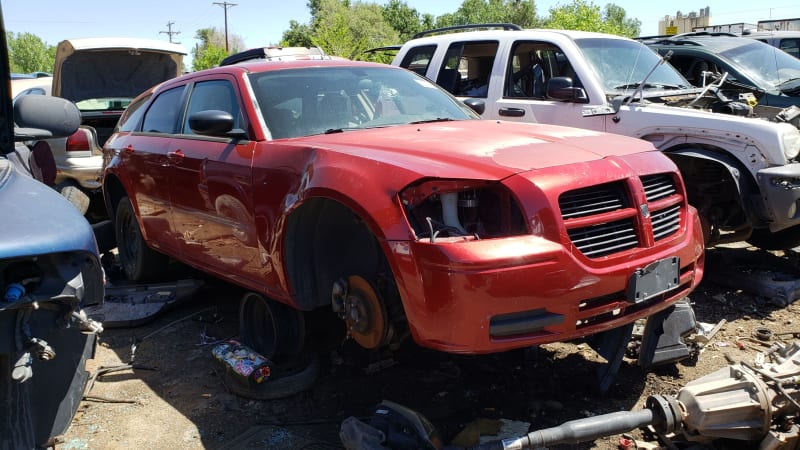 The Magnum was available for the 2005 through 2008 model years, and its combination of menacing hot-rod looks and serious cargo-carrying ability inspired this publication to suggest that it had the capability to wean the country off of SUVs. That never happened, of course, and Cerberus axed the Magnum soon after the DaimlerChrysler “merger of equals” fell apart. A few years later, we included the Magnum in a list of notorious one-hit wonder cars. 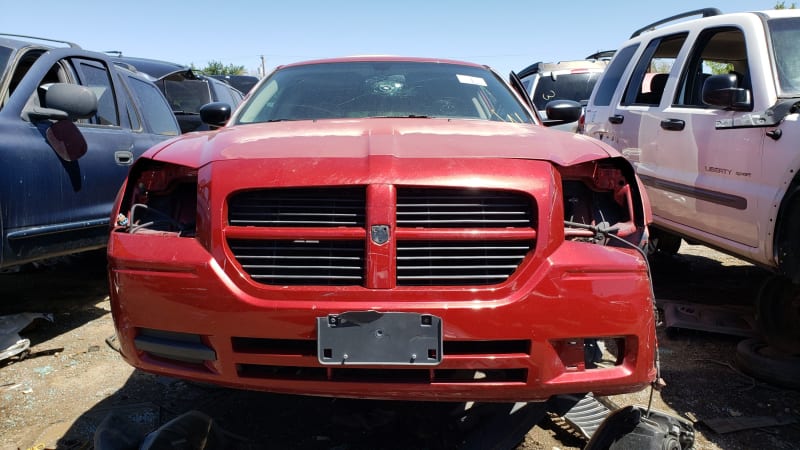 The Magnum didn’t sell poorly because it was a bad car; the station wagon began its decline into American irrelevance when the first Chrysler minivans appeared in 1983 and went into a lethal downward spiral when SUV sales boomed during the 1990s. As an early Generation Xer with a 1970s childhood, I suppose I should feel deep pain over the death of the American station wagon, but my own family had a 1973 Chevy Sportvan Beauville passenger van instead of a wagon. 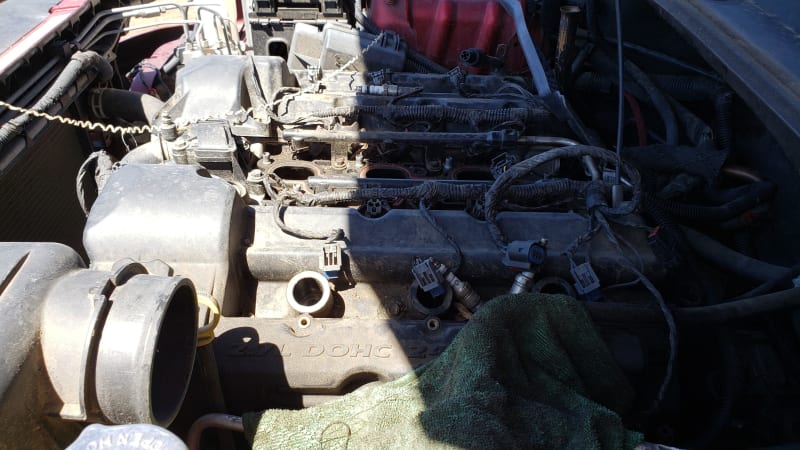 The Magnum was based on the same platform as the Charger and 300, and its suspension was a DaimlerChrysler mashup of W220 S-Class and W211 E-Class components. I’ve been told by a Chrysler engineer (who wishes to remain anonymous) that there’s a little bit of American Motors-era Renault DNA in the Magnum as well, in the dash structure via the Eagle Premier. All Magnum engines came right out of good old Detroit, however. This one is the base 2.7-liter V6, originally developed for the LH-platform cars. 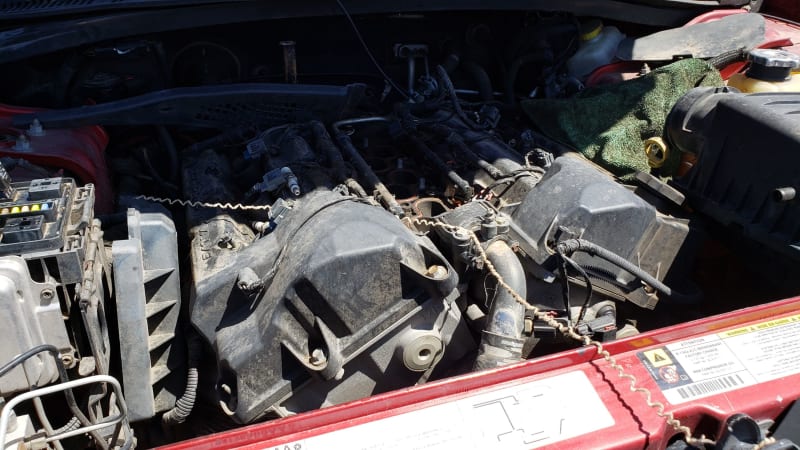 This 2.7 generated 190 horsepower, which wasn’t much for a car that scaled in at nearly 2 tons. You could get a Magnum R/T with a 340-horse Hemi V8 or an SRT8 with a bigger, hairier Hemi … just in time for the gas-price explosion just getting underway in 2006. 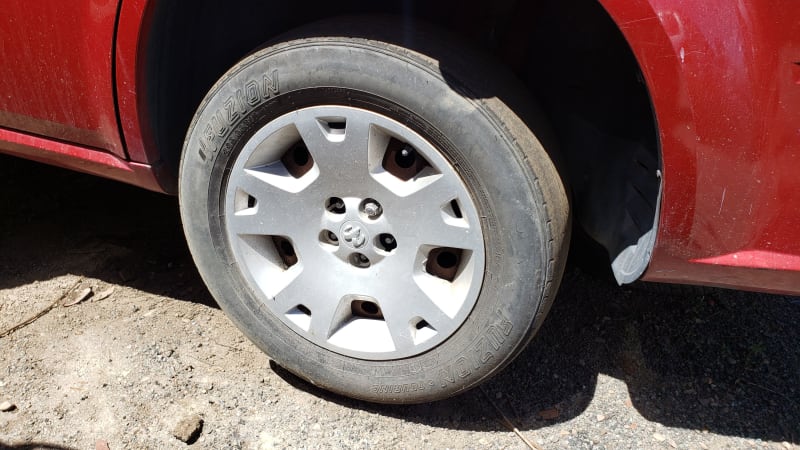 This wasn’t the first Dodge to get the Magnum name. That honor goes to the 1978-1979 Magnum, a personal luxury coupe closely related to the Chrysler Cordoba. Hey, if Ford can appropriate the name from a cheap 1970s compact car for application to a pickup, then it was all right for DaimlerChrysler to revive a tough-sounding name as part of the effort to make its product line seem more murderous. Actually, GM offered a car called the Magnum in 1970, and Renault offered a heavy-duty truck called the Magnum starting in 1990. We mustn’t forget the Indian-market Chevy Optra Magnum, while we’re on the subject. 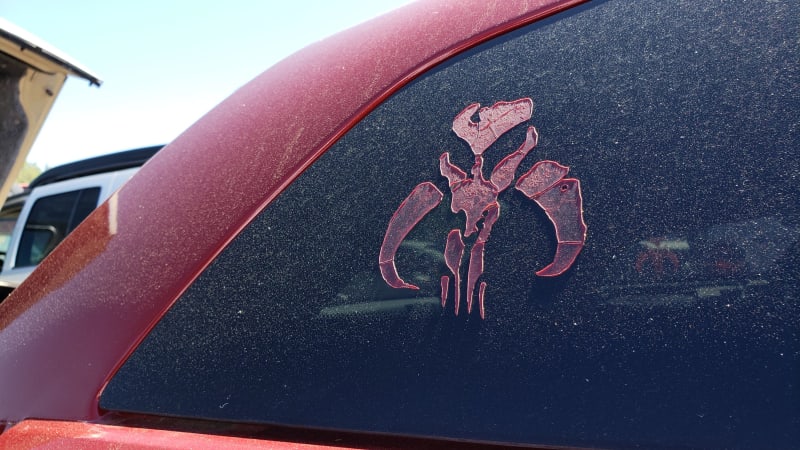 I’ve been seeing Magnums in car graveyards for a few years, but most of them have been serious crash victims that weren’t worth fixing. This suggests that Magnum owners, like their Volvo 245-owning counterparts, want to hang onto their beloved wagons as long as possible.

You wouldn’t want to drive like this in a 1975 Dodge Royal Monaco Wagon. That Mercedes-Benz suspension really improved the American wagon-piloting experience.