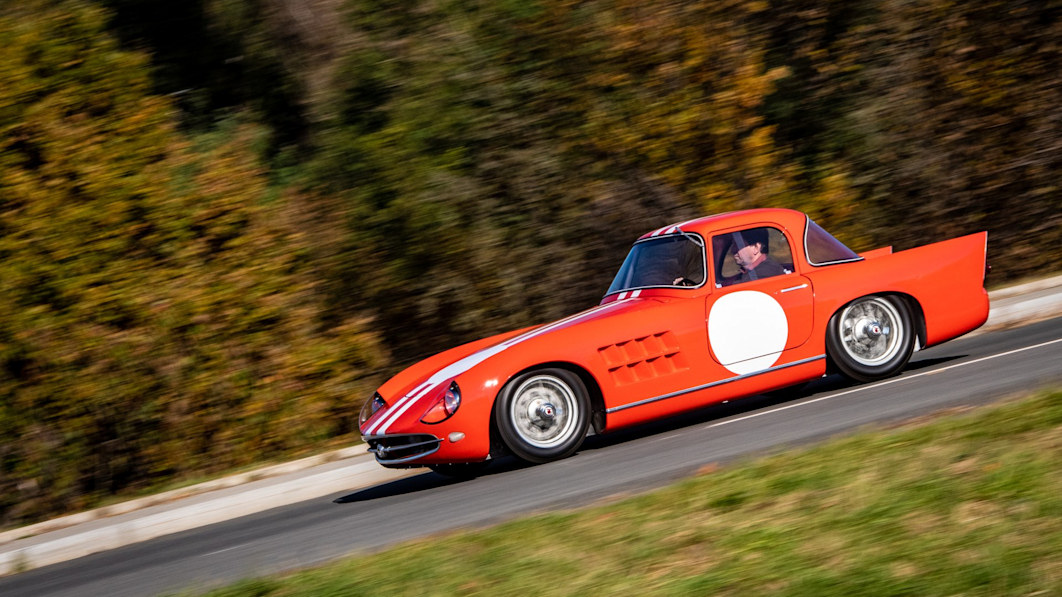 Volkswagen-owned Škoda leveraged old-school manufacturing techniques, cutting-edge technology, and a stash of original parts to rebuild one of the two 1100 OHC Coupe race cars that it made decades ago. The restoration process required well over five years of work.

While the Czech Republic-based firm is now known for making cars that are cheap, cheerful and somewhat edgy, its vast heritage includes several models that competed in regional, national and international races. One is the 1100 OHC Coupe, which was developed as an evolution of the open-top 1100 OHC and built around a lightweight frame made with thin-walled tubes. Engineers used some off-the-shelf parts (like the door handles) to save time and money, but the chassis and the aluminum body were created specifically for the two race cars.

Both 1100 OHC Coupes raced between 1960 and 1962, and Škoda notes that their career was cut short by regulations that made them ineligible for competition. They were sold to private buyers in 1966 and later modified and wrecked; one notably caught fire. Luckily, these cars were in the hands of folks who knew what they had, and many of the salvageable parts were safely tucked away for decades. For example, the first car’s original engine was displayed at a vocational school in Škoda’s hometown, and the second car’s transaxle spent many years displayed in the National Technical Museum in Prague before being donated to the Škoda museum about a quarter of a century ago.

Škoda also purchased an original frame that had been cut into three parts, a front axle, plus other odds and ends from a private collector in 2014. It’s from these scraps that the reconstruction project began. Using a vast amount of period documentation, including repair manuals, men and women from the company’s museum and prototype-building division renovated the frame and built parts like the radiator and the fuel tank from scratch. The engine was reportedly in surprisingly good shape because the car that it came from hadn’t been driven much.

That’s where the project should have ended: The initial goal was to reconstruct the frame, clean up the drivetrain, assemble everything, and display the chassis in the Škoda museum. Then, someone decided that the 1100 OHC Coupe deserved better; it deserved to race again.

Of course, this unexpected change of direction considerably broadened the scope of the project while peppering it with new difficulties. None of the two 1100 OHC Coupe bodies survived, meaning that Škoda couldn’t source a parts car to start with — it couldn’t even find a car to copy. Working with 1:1-scale 2D scans of the original technical drawings, engineers created a three-dimensional model that they spent hours fine-tuning by comparing it to photos taken in the 1960s. Models were made to verify the proportions, just like when designing a production-bound car. When everything was dialed in, the body was built using sheets of aluminum that were beat into shape and welded by hand.

Years in the making, the 1100 OHC Coupe is finally ready to line up on a starting grid again. Its front-mid-mounted four-cylinder engine slurps gasoline through a pair of carburetors to develop 92 horsepower at 7,700 horsepower. It spins the rear wheels via a five-speed manual transaxle, a configuration that improves weight distribution, and the gear ratio can be adjusted to suit a specific track. Škoda hasn’t revealed what the future holds for the coupe, but we’re hoping to see this 1,223-pound coupe hit its 124-mph top speed soon.