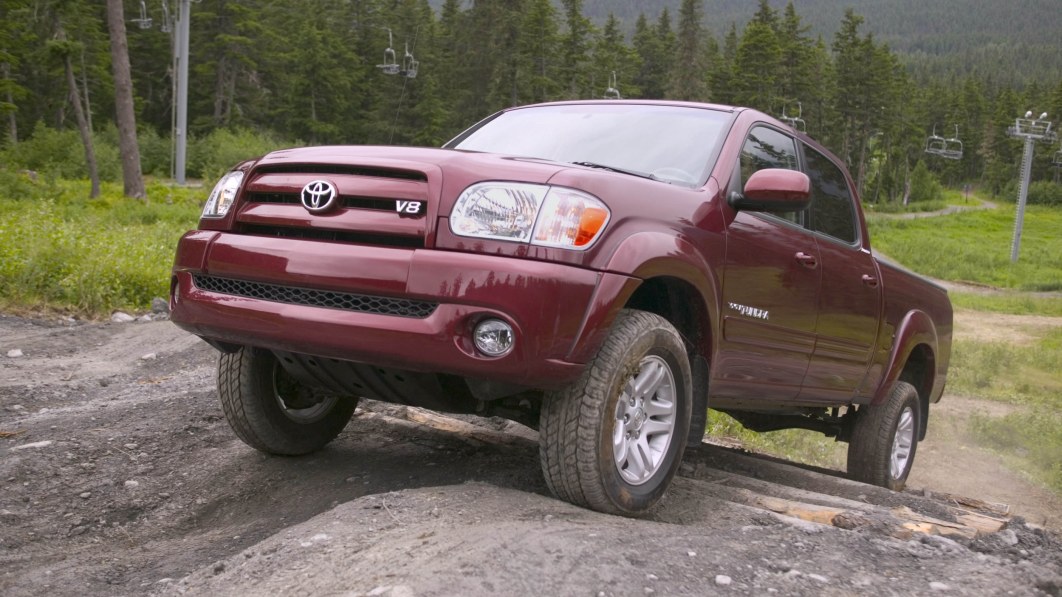 Lots of Americans love the idea of owning a pickup truck, especially a large model like the Toyota Tundra, but don’t really want to be stuck driving one on an everyday basis. The plus and minus columns are familiar to just about everyone. Unmatched usefulness, stout powertrains and the ability to tow and haul large goods all stand out as strong positives. On the downside, fullsize trucks are huge — overkill for a large percentage of buyers — don’t get great gas mileage, and tend to be expensive on the used market.

The first generation of the Toyota Tundra sought to bridge the gap between ultimate capability and manageable size. In terms of sales, it didn’t exactly set the world on fire — American buyers voted with their wallets and proclaimed that bigger is better, which is why the most recent Tundra for 2022 is just as big as its domestic counterparts. But those who just want solid utility, strong reliability and decent resale value have good reason to consider a 2000-2006 Toyota Tundra. 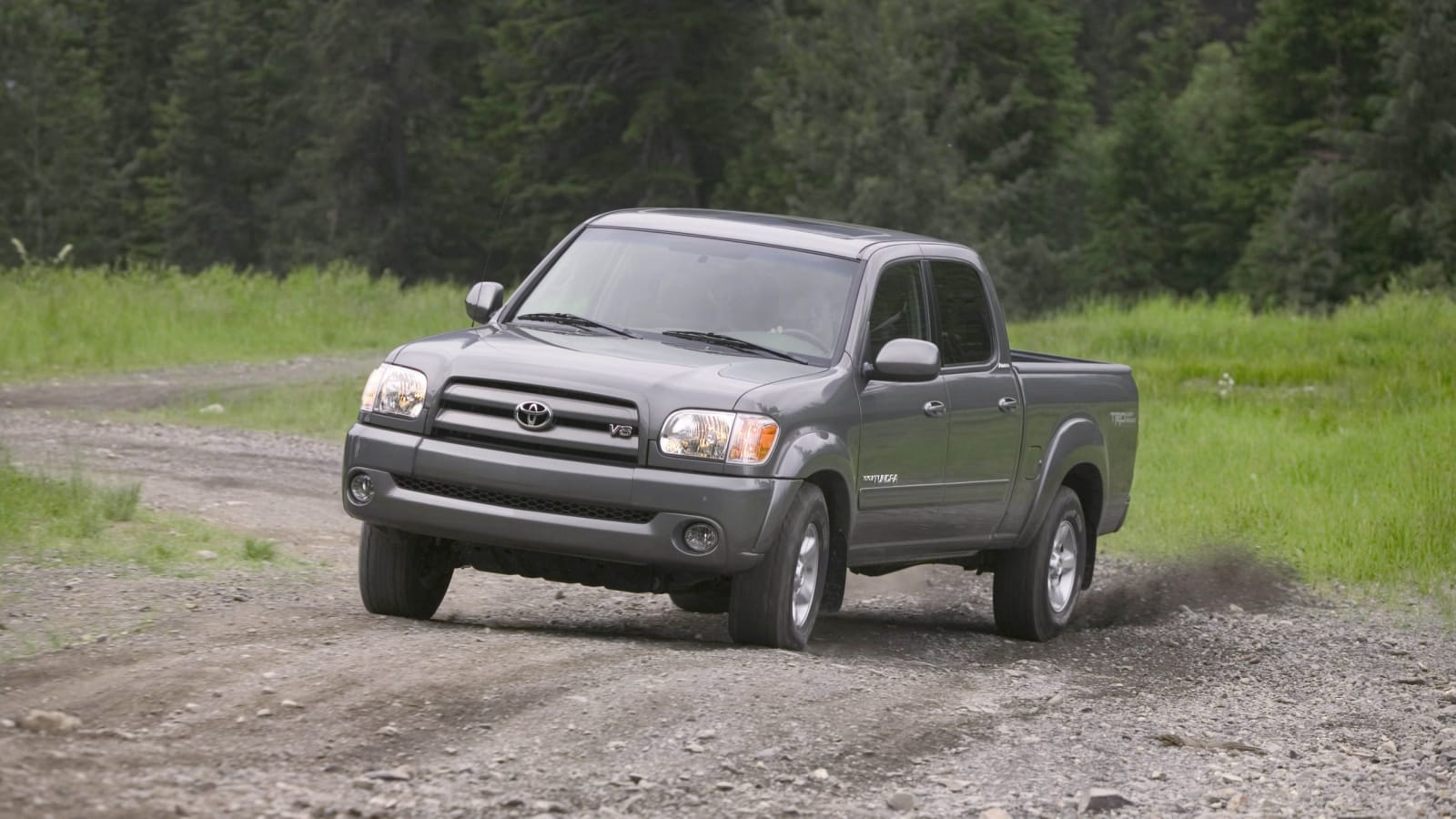 Why the first-gen Toyota Tundra?

We’ve already laid out some of the reasons you may want to consider a used Tundra, but we’ll expound. Toyota’s first attempt at a fullsize(ish) truck in America was called the T100. It was a solid truck but deemed too small by American standards. The Tundra — which incidentally was known internally as the T150 before Ford said, with some legitimacy, that it sounded too close to F-150 — replaced the T100 for the 2000 model year. The Tundra was bigger than the T100 and offered a V8 engine option, though the base V6 was adequate for light duty.

These early-2000s Tundras proved durable and reliable, oftentimes racking up hundreds of thousands of miles and proving bulletproof in the process. While larger than the T100 and midsize trucks like Toyota’s own Tacoma, they were sometimes disparagingly called 7/8ths trucks because they were still just a tad bit smaller than their American competitors. But that means they are just right for some people.

Which Toyota Tundra to choose?

Note that the 4.0-liter V6 uses a timing chain; the 4.7-liter V8 uses a timing belt that will need replacement every 90,000 miles or 7 years, whichever comes first. So if you find a V8-powered first-gen Tundra, you’ll need to find out when the timing belt was last replaced. 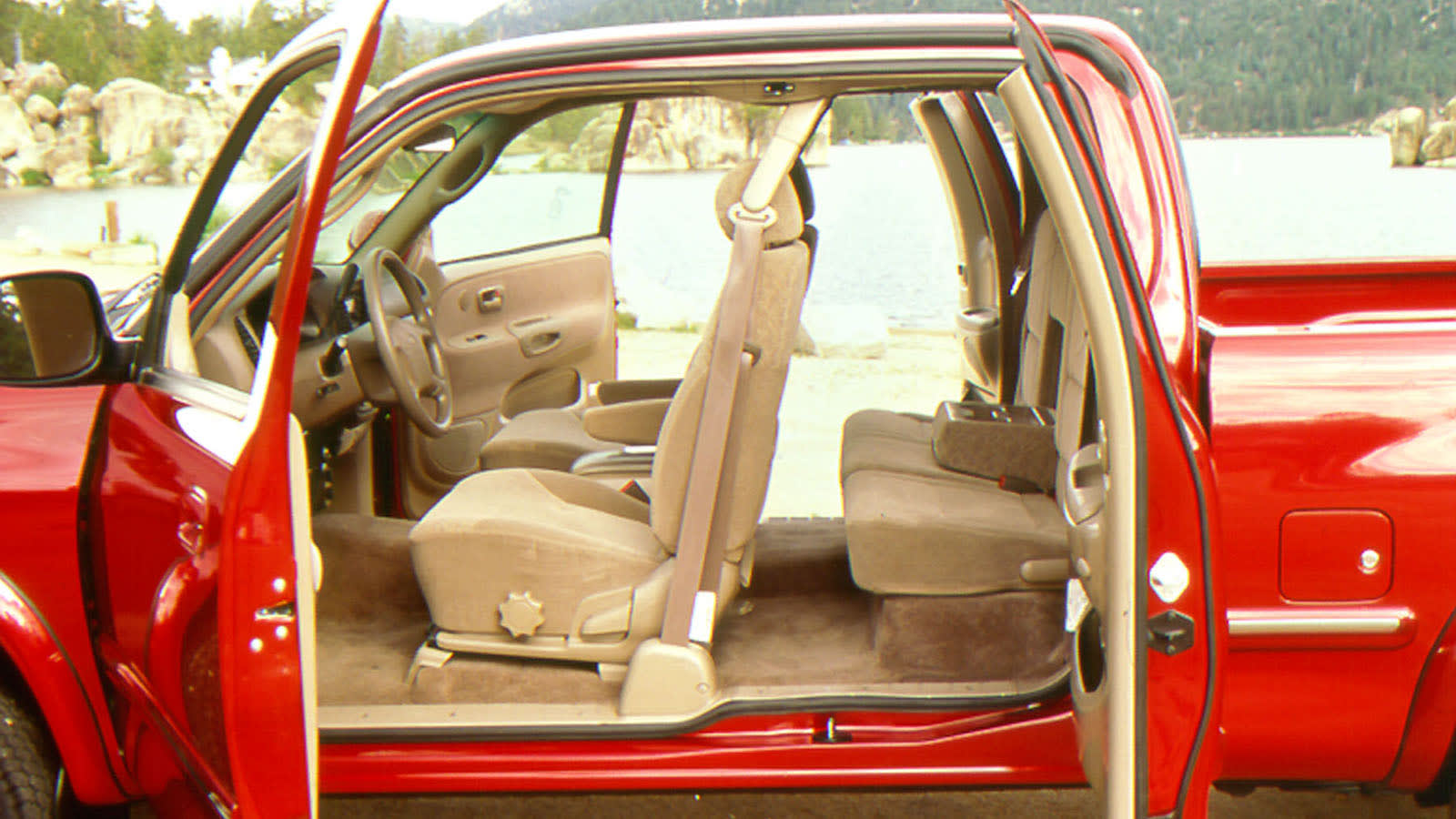 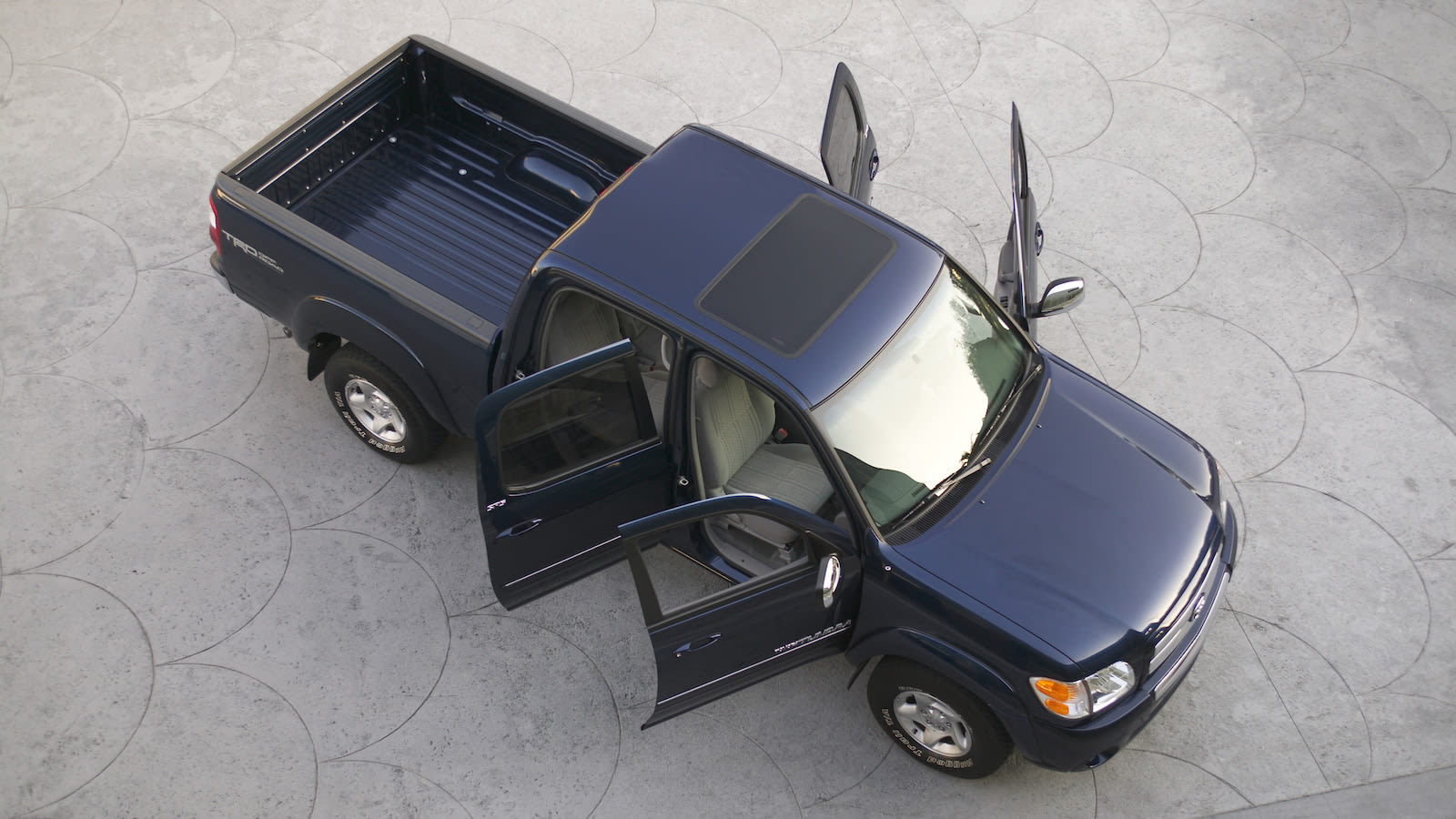 If you need a back seat, the four-door Double Cab offers more interior space than the smaller Access Cab that features reverse-opening rear doors but, due to a longer wheelbase, doesn’t have a smaller truck bed. If you don’t need the extra room inside, the Access Cab may be a better option due to its shorter overall length.

Our used vehicle listings can be helpful to find a good deal near you. Narrow the offerings down by a radius around your ZIP code, and pay attention to the deal rating on each listing to see how a vehicle compares with others in a similar area.

What else to consider?

If you don’t need a big truck, the smaller midsize class may offer what you’re looking for. The Toyota Tacoma has long been the segment leader, but it commands the highest prices on the used market. Other smaller options include the Chevrolet Colorado, Dodge Dakota, Ford Ranger and Nissan Frontier.

On the larger side of the spectrum, full-size pickups, particularly those from American automakers, are always the best-selling vehicles in America. That means they are very easy to find on the used market … but it’s increasingly difficult to find a nice one for anything resembling what many would consider a good deal.