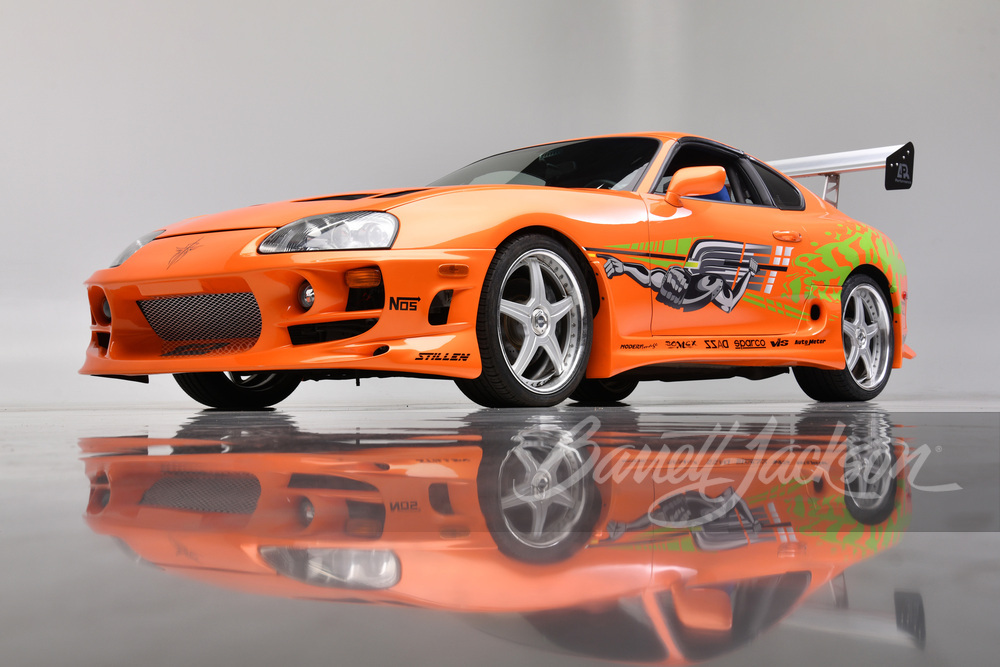 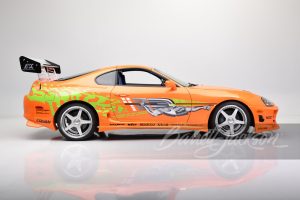 Here’s your problem: You’re dying to go see the latest Fast and Furious installment, F9, when it opens on June 25th, but you just don’t know what to drive to the theater. Well, friends and neighbors, out of a fog of NOOOOSSSSSS comes the solution: Paul Walker’s orange 1994 Toyota Supra from the first F&F movie!

One of the original movie cars will be up for sale at Barrett-Jackson’s Las Vegas auction taking place June 18-19, just before F9 arrives. For those who can’t remember 2001’s The Fast and the Furious, this was the orange Supra that Brian O’Conner (Paul Walker’s character) built up from a wreck after his green Eclipse (the one with the 17-speed manual transmission) was unceremoniously detonated. O’Conner later uses the Supra to race Dominic Toretto (Vin Diesel), and when Toretto spectacularly rolls his Charger, O’Conner gives him the keys to the Toyota—the ten-second car he owed Toretto—and watches him drive off, bringing an end to both the movie and O’Conner’s law enforcement career.

The car became one of the most recognizable in the franchise, and may well be somewhat responsible for the untouchable price of classic period Supras today.

According to Barrett-Jackson, this car was used for “multiple interior and exterior shots”—though it’s notable that this car has a 4-speed automatic transmission, though it sure looks like a stick; given the oval opening, our guess is that this is an automatic car disguised to look like a stick. We do see O’Conner shift gears—just once, mercifully—in the Supra-Charger race, but the blue shifter boot differs from the one in this car. The movie’s soundtrack seems to be from an automatic Supra.

After the first film, the Supra was modified to become Slap Jack’s car in the second movie, and was later restored to its original TFATF configuration: TRD hood, Bomex spoiler, APR “biplane” wing, Dazz Motorsport wheels and Lamborghini orange paint with Troy Lee-designed side graphics.

Slushbox notwithstanding, this is a factory-turbo car with the 320-hp 3.0-liter 2JZ-GTE inline six, so should you decide to pick on a few Hemi Chargers on your way to the theater, you likely won’t embarrass yourself. And if the new F9 movie’s terrible, you can get out of the theater parking lot in a hurry. Though for the record, you can do the exact same thing in the new Supra.