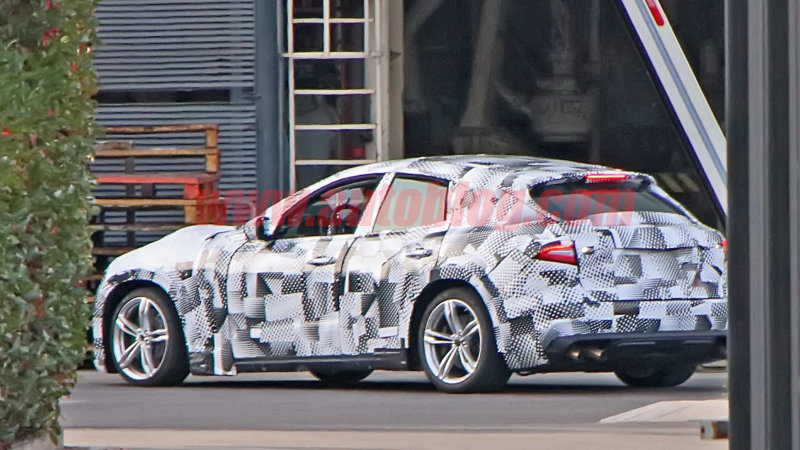 Ferrari is not leading the charge on electrification, but that doesn’t mean there won’t be an all-electric car with the prancing horse on it one day. According to an anonymously-sourced report from Car Magazine, there will be two coming halfway through this decade. Not only that, but the report also claims both will be of the SUV variety.

We’ll take this with a grain of salt, as Ferrari’s hesitation to join the SUV and electric market runs contrary to what is being claimed here. However, the Purosangue is on its way, and Ferrari is getting a new CEO after Louis Camlilleri stepped down. Depending on who takes the reins (temporarily, John Elkann), there could be some changes coming down the pipeline.

The report from Car claims two electric crossovers, one codenamed F244, and the other F245. Last we heard out of Camilleri, he claimed the first electric Ferrari wouldn’t arrive until 2025. Right now, Car pegs the F244 as a 2024 reveal and the F245 as a 2026 reveal. Consider those rough estimates that are almost guaranteed to change over the course of the next few years.

As for specs, this report claims a base power output of 610 horsepower from four electric motors. That’s plenty of power, but we suspect Ferrari will wring much more out of any electric powertrain it puts together, especially if it’s in a heavy crossover-style vehicle.

We have the Purosangue to look forward to in the near future. This intelligence drop says a reveal is coming in 2022. A V12 will be available initially, followed by a hybrid V8 powertrain. There’s no fully electric version on the horizon for the Purosangue, as those models will be different cars altogether.

If this report is to be believed, Ferrari will have multiple crossover/SUV style vehicles in its lineup this decade. It’ll take years to play out, but we’ll be on the lookout for more hints and rumors along the way to see what Maranello is up to.