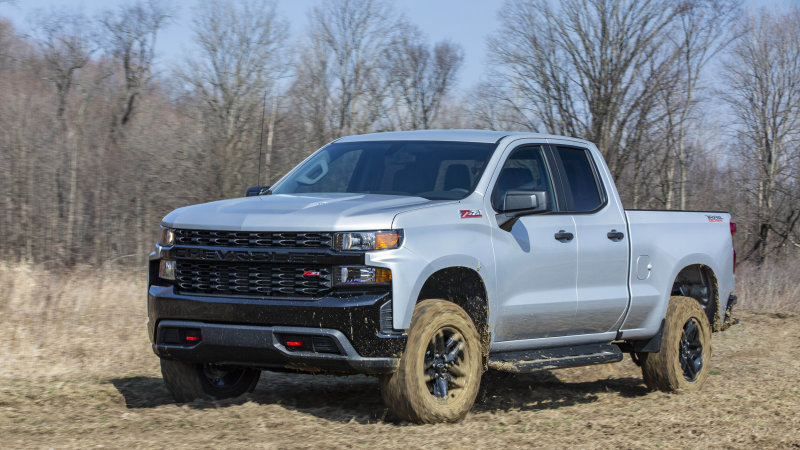 After abandoning its fight against California’s lawmakers, General Motors is shifting its electrification offensive into high gear. CEO Mary Barra will give the opening keynote address at the 2021 Consumer Electronics Show (CES), which will be held online, and Chevrolet will provide a peek at its electrified pickup during the event.

Insiders familiar with the carmaker’s plans told Bloomberg that Barra’s address will highlight ways that electrification can improve the environment and society in general. General Motors president Mark Reuss will speak, too, and his remarks will be followed by a video that will highlight several future products, including what the sources referred to as “a plug-in Chevrolet pickup, some Cadillac models, and vehicles for other brands.”

These comments ask more questions than they answer, because plug-in means many things in this context. Chevrolet’s electric Bolt is a plug-in vehicle, as is the upcoming GMC Hummer, but the plug-in hybrid Jeep Wrangler 4xe is one, too, and it’s clearly not all-electric. It’s often been assumed that Chevrolet’s upcoming electrified truck will be electric, but it might arrive with a hybrid powertrain or a gasoline-powered range extender. Chevrolet could also follow Ford’s lead and plant a stake in both the hybrid and the electric pickup segments.

It’s too early to tell if Chevrolet will unveil the same truck it previewed during a presentation earlier in 2020. Shown briefly, it wore a highly futuristic design that gave it a sleeker look than the current-generation Silverado.

Cadillac’s presentation promises to be interesting, because the company hinted it might abandon gasoline entirely by 2025, several years earlier than expected, even though its dealers aren’t all on board with the shift. Going electric-only in about four years would force the brand to conduct a massive overhaul of its range. As of writing, there is not a single electric Cadillac in showrooms, but the Lyriq will arrive in late 2022 as a 2023 model.

It’s difficult to tell what’s in store for other brands, but there are several cars that General Motors could show during CES. Buick doesn’t sell an electric car in the United States yet, for example. Alternatively, GMC is working on an SUV variant of the Hummer, and it has started developing an electric truck. Going back to Chevrolet, our crystal ball tells us we’ll see more of the 2022 Bolt EUV during the next edition of the tech show, too.

CES 2021 starts on January 12 at 9 am Pacific time, which is noon in New York. General Motors hasn’t announced its plans for the event yet. If the report is accurate, we’ll learn more about its EVs in the coming days.