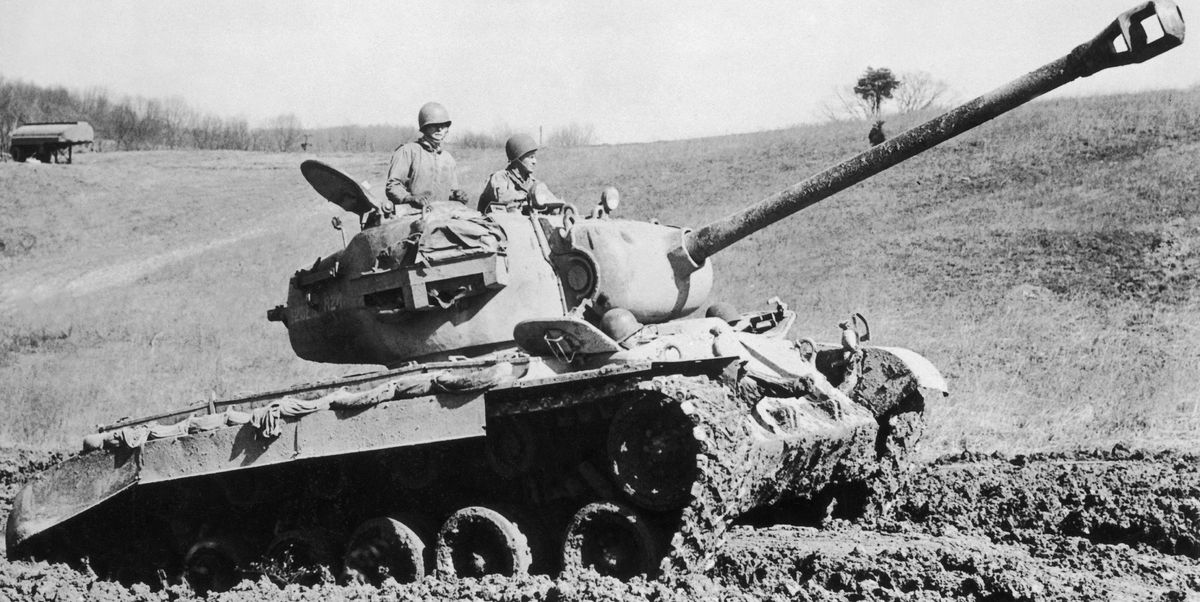 The American Heritage Museum, a museum that explores America’s wars from the Revolutionary War to today’s Global War on Terror, is sponsoring a fundraising sweepstakes benefitting the museum. Icons of Armor: The Ultimate WWII Tank Experience will allow one lucky winner and a guest to drive three U.S. Army tanks from the war. The winner will also get a hands-on tour of American, Russian, German, and British tanks.

➡ You love badass military tech. So do we. Let’s nerd out over this stuff together.

The museum, part of the Collings Foundation of World War II aviation fame, is located at Stow, Massachusetts. The foundation created the museum after it received 85 tanks and armored vehicles from the collection of noted collector Jacques Littlefield, and built a 65,000-square-foot indoor space to house them.

Littlefield restored many of his tanks to operating condition, though they were “de-milled,” rendered incapable of using their howitzers, cannons, tank guns, machine guns, and anti-tank missiles. As a result, the museum offers the opportunity to drive tanks—starting at $995 for the opportunity to operate an M24 Chaffee light tank and $1495 to drive the M4 Sherman medium tank. I

f that’s a little too steep, consider entering the museum’s Icons of Armor sweepstakes. The contest, running from now until March 31, 2021, will pick one winner at random to drive not only the M24 Chaffee and M4 Sherman, but also the M26 Pershing medium tank (seen in the lead image).

This content is imported from {embed-name}. You may be able to find the same content in another format, or you may be able to find more information, at their web site. The winner will get a pair of tanker overalls and receive training to drive each of the tanks. The winner will also have the opportunity to “make turns at various speeds, climb a hill, and cross obstacles.” 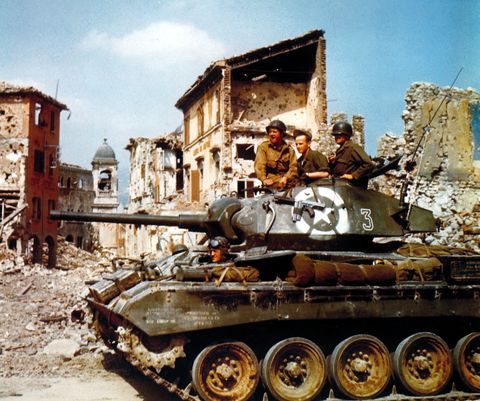 An M24 Chaffee of the 1st Armored Division rolls through Bologna, Italy, April 1945. The M24 is one of three drivable tanks in the Icons of Armor sweepstakes.

The three tanks in the contest represent some of the most powerful tanks fielded by the U.S. Army during World War II. The M24 Chaffee light tank was a fast, powerful tank first fielded in 1944. Armed with a 75-millimeter gun powerful enough to duke it out with many German tanks, it was capable of scouting ahead and fighting for information. The M4A3 Sherman, meanwhile, was the Army’s most powerful tank from 1943 to 1944, also armed with a 75-millimeter gun. The museum’s Sherman features dual driving controls and extra armor welded over vital hull spaces.

The M26 Pershing, designed to replace the M4 Sherman, was a larger, heavier tank meant to provide American tankers with the means to fight German Tiger and Panther tanks on even terms. The M26 appeared too late in the war to make a meaningful contribution to the fighting, although it did participate in the capture of the bridge over the Rhine river at Remagen. The U.S. Army and Marines also used the M26 during the Korean War.