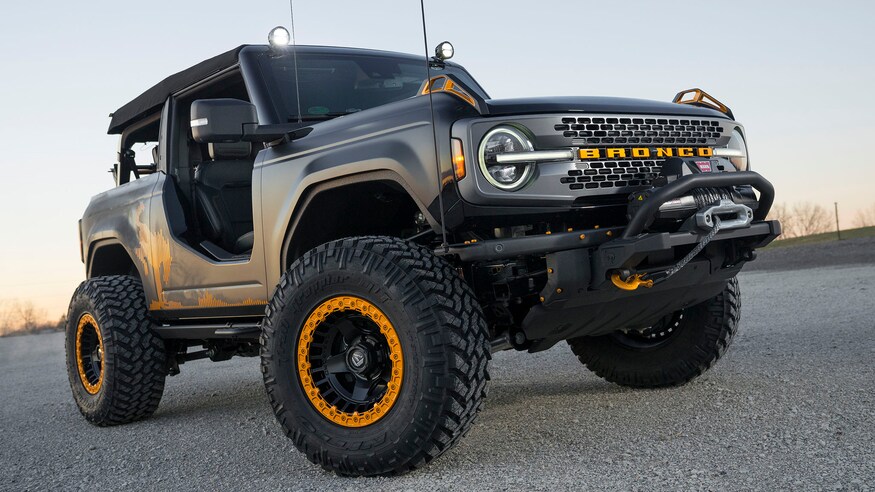 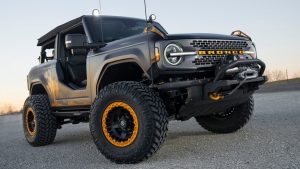 The 2021 Ford Bronco Sport might not be the full-blown Bronco of your dreams, but it is an affordable way to get into something with surprising off-road chops and that iconic Bronco badge. That doesn’t mean, however, that with a little imagination the baby Bronco Sport can’t be turned into something even more capable and totally badass. Cue the MAD Bronco Sport Badlands—a concept designed to show what the smallest Bronco can really do. 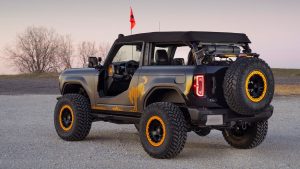 Originally intended for the 2020 SEMA show in Las Vegas, which was cancelled thanks to the ongoing pandemic, Ford debuted the concept at what it called “Ford Auto Nights” in the tuner show’s stead. The digital auto show has already debuted a number of sweet concepts such as the Bronco Badlands Sasquatch Concept and a custom 2021 Ford Ranger Tremor. But the baby Bronco Sport got some love, too, thanks to a partnership between Ford and MAD Industries, a longtime collaborator on Blue Oval SEMA builds.

Their partnership has resulted in a proper overland overhaul for the little sport. MADs—er, sorry—mods include a nifty set of Fifteen52 wheels, knobby BF Goodrich All-Terrain TA tires, a thick roof rack with a built in LED light bar, and a kayak (hey, adventure!). But that’s just what’s on the Bronco Sport itself. Out back the rig is rocking a trailer that neatly matches the Bronco Sport’s factory Area 51 blue paint, and likely hauls all sorts of overlanding essentials.

With the starting point for this build being the Bronco Sport’s Badlands trim, you can look forward to spending at least $34,800 to replicate this project for yourself. Factor in the modifications, trailer, rack, and wheels, and you’re probably facing down over $45,000 all-in. To be frank, that sounds like a pretty darn good value for something this capable and versatile, so long as you forget that you could also just buy a well-outfitted Bronco for similar money.

The post This Wild Ford Bronco Sport Badlands Build Is Just MAD About Living Up to Bronco Name appeared first on MotorTrend.