Concept Without a Cause: Porsche Vision Spyder Is a 21st Century “Little Bastard” 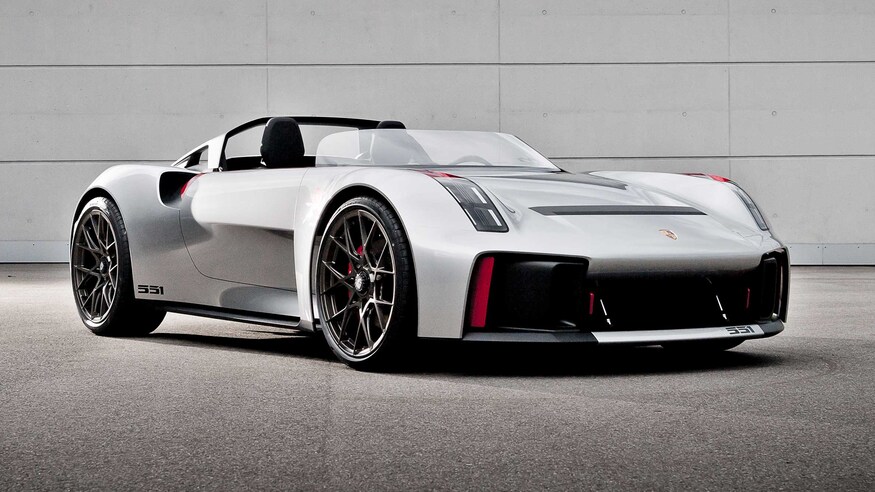 Porsche’s original Boxster sports car was presaged by the silver 1993 Boxster concept car that carried a strong whiff of the original 1955–56 550 Spyder. You know, the car that actor and cool-guy James Dean nicknamed the “Little Bastard” before meeting his early demise in it? Porsche wasn’t finished flirting with a 550 revival, however; after the Boxster came out in 1997, the German automaker rolled out a Boxster 550 Anniversary Edition celebrating the original sports car’s 50th birthday. Later, the Boxster Spyder models kept the 550’s idea of a stripped-down, lightweight mid-engine sports car alive. And just last year, there was this: The Vision Spyder concept.

You probably didn’t see it, because it’s one of a trove of concept cars and design studies Porsche never made public until recently. But all the expected 550 touches are there: The silver paint, the bulgy fenders, the perfectly centered two-seat open cockpit. Porsche’s designers even layered the 550 on thick with a license plate that reads “Little Rebel,” in a nod to Dean’s Rebel Without a Cause, as well as wonderfully retro louvering on the engine cover. 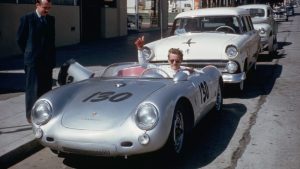 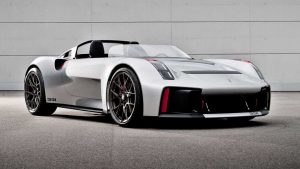 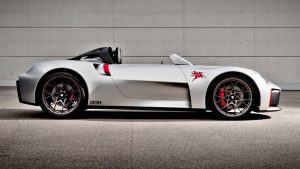 Sure, the Vision Spyder is about what you’d expect a 550 writ in 2019 to look like. We don’t think that makes it any less incredible to behold. Modern Porsche styling cues such as the full-width single-bar taillight, boxy front intakes, and horizontal vent in the hood are all yanked out of current 911 orthodoxy. It all comes together, however, in a simple, cut-down sort of way—purposeful and minimalist in the same way as the original, right down to the low, frameless windshield and simple interior.

There is some newness to the somewhat squared-off fender peaks front and rear that isn’t reminiscent of either the original or any current Porsche, especially in back, where the fenders terminate in a sort of hard vertical line where you’d expect the taillights to be. (Look closely, and that rear-fender-peak treatment almost resembles the blank front end of Porsche’s other mid-engine lightweight, the 914.) In fact, Porsche says it also looked back at the Porsche 550-1500 RS Spyder, a racing car driven by Hans Herrmann to a class victory in the Carrera Panamericana in 1954. This inspiration likely explains the tail treatment (which is similar to the 550-1500 RS) and why Porsche added a cage-like roll hoop arrangement for safety—something the original 550 distinctly lacked. Ditto the red Mobil pegasus logos and cheeky “551” badging and “131” numbering, both being plus-1 beyond the original 550 and the 130 numbers worn by James Dean’s Little Bastard.

So where did this Vision Spyder concept end up? Like other recently-revealed concepts, the automaker says it is using the actual-size study as “the basis for further development of the design identity for combustion-engined Porsche sports cars,” pointing to the vertical headlights and angular roll bar as examples that were folded into “the Porsche design language.”

The post Concept Without a Cause: Porsche Vision Spyder Is a 21st Century “Little Bastard” appeared first on MotorTrend.