Why These High-Speed Trains Didn’t Work 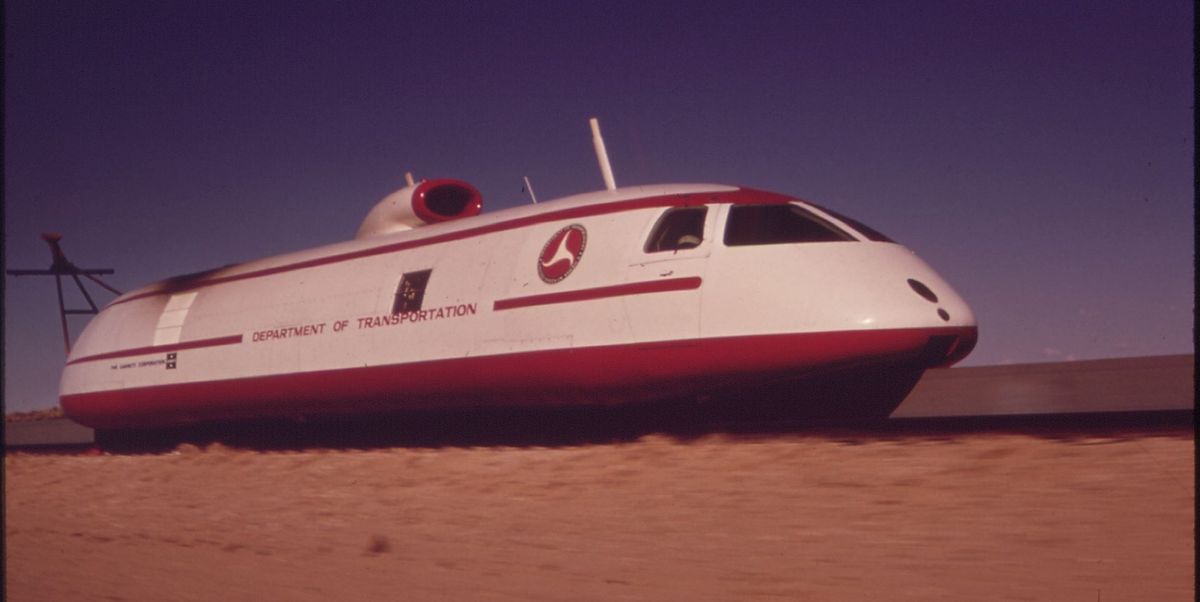 At one time, America was dotted with ambitious plans for future-forward public transportation on a massive scale. Today, it’s clear very few of those projects came to fruition. But what can an abandoned hovertrain tell us about what might have been?

Today, Grumman is known for building rockets and fighter planes as Northrop Grumman. The merged company combines Grumman (est. 1920s) and Northrop (est. 1930s), two legacy aerospace giants that continue to dominate the public imagination today. Rohr Industries is also an aerospace company, with a brief stopover in public transit during the boom of the 1960s and 1970s. Garrett, a manufacturer of turbocharged engines, has been absorbed several times and is now part of Honeywell.

Some maglev trains, including very fast ones, are in service today. The most famous could be a line in Shanghai that runs for a medium distance and, officials there say, costs about half of what a traditional train would have cost. They turned out to survive and be feasible in a way that hover trains lifted by a cushion of air just never could. But the prototypes were fast and reached huge milestones in testing.

“The main experimental Grumman TLRV airliner, built in 1972, could reach speeds of up to 300 miles per hour and carry cargo weighing about 10-15 thousand pounds. Impressively, it could accelerate from zero to 270 miles per hour in three minutes,” Interesting Engineering’s Chris Young explains. “The greatest shortcoming that the TLRV showed in testing was that it had to slow down to 90 mph to take corners safely.”

Young says the Aerotrain was “closest” to being ready for primetime, but railways chose instead to upgrade their existing wheeled trains. It’s easy to understand why, even if it’s also sad—to tear down thousands of miles of existing track and build costly new infrastructure in its place would have been a hard sell then or now.

This has been a hurdle for maglev, and it’s why high speed rail proposals or even Hyperloop ideas often focus on routes that have no service today.

Trains are key, not just for moving people, but even for diplomacy and defense. Famously, the more extensive and uniform trains of the Union helped to boost their capabilities in the Civil War, when the Confederacy had far less track that was also a wider variety of incompatible sizes. A nationwide investment in innovative trains can, truly, change the course of history.