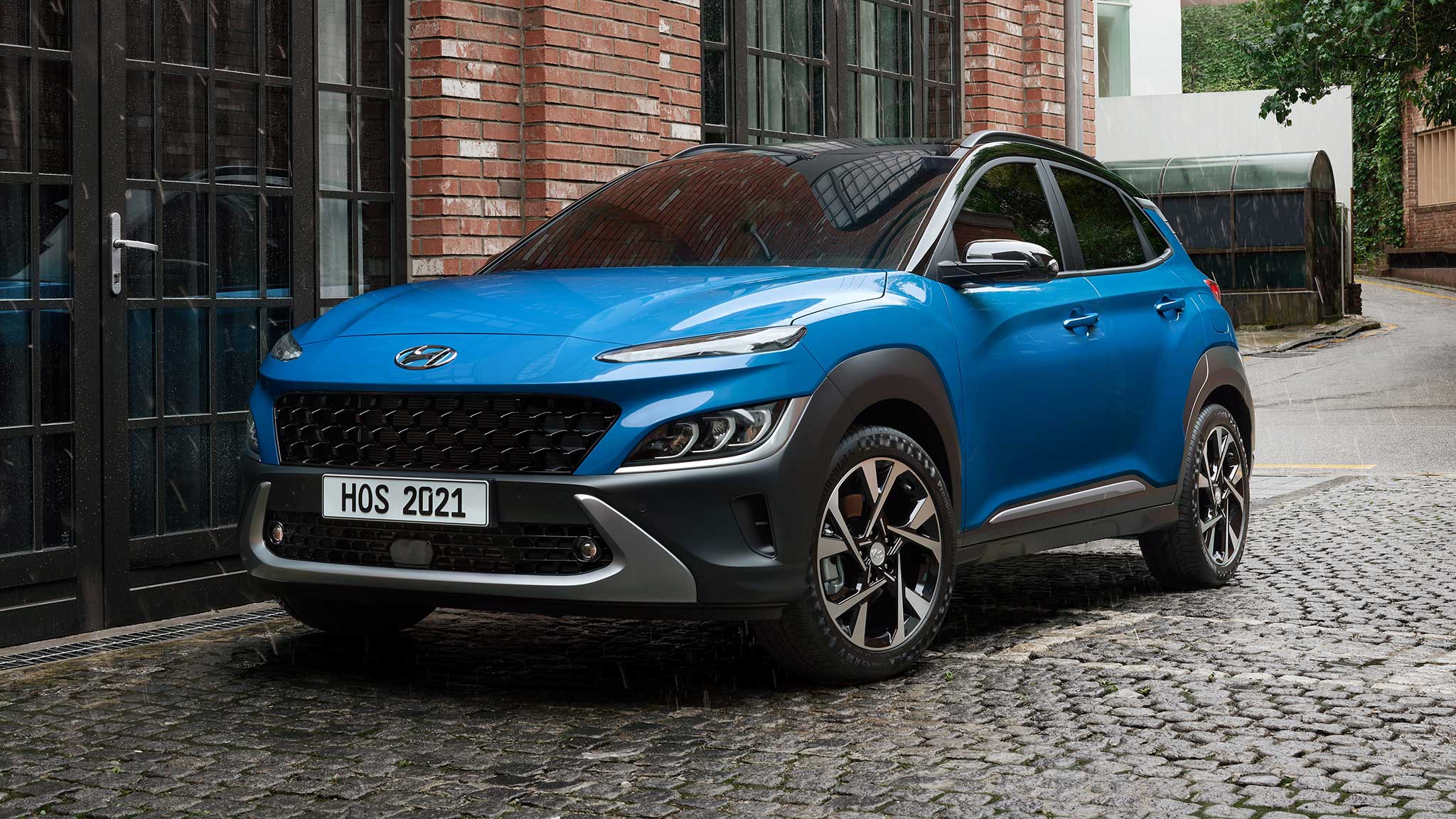 Hyundai’s lineup is stacked with SUVs, and with the Kona, Santa Fe, Palisade, Tucson, Nexo, and Venue on the menu, there’s seemingly something for almost every niche. That does not mean, however, that the Korean automaker is resting on its laurels. In fact, quite the opposite is true. Hyundai has just announced that its current SUV blitz will continue through the end of 2021, including 12 new or significantly updated SUVs and SUV variants. Here’s some of what you can expect.

The 2022 Kona and Kona N-Line have already been announced, however, and we know a high-performance Kona N is on the way. We expect the Kona N to share a powertrain with the Veloster N, meaning a turbocharged 2.0-liter I-4 that will make between 250 and 275 horsepower. The 2022 Tucson and 2021 Santa Fe are totally new, but we don’t expect either to get high-power N versions.

A hybrid version of the new Santa Fe has already been confirmed, and we expect a plug-in-hybrid version of the Tucson to show up sooner rather than later. That’s seven down, but what about the other five? The clues are in what Hyundai says about its powertrains. Hyundai’s announcement included mention of new powertrains including gasoline, hybrid, plug-in hybrid, and BEV models.

Clearly Hyundai is thinking a lot about alternative powertrains. The mid-cycle updates Hyundai made to the regular Kona will almost certainly carry over to the Kona EV, and Hyundai has confirmed an all-electric SUV under its newly launched Ioniq electric-car brand, which should be called the Ionic 5. Updates to the oft-forgotten Nexo, the hydrogen-powered SUV in the Hyundai lineup, also aren’t completely impossible.

A small pickup from Hyundai dubbed the Santa Cruz is also on the way. If we believe that Tucson-based pickup counts in the SUV tally, that leaves room for one additional new or updated model. In truth, we don’t yet know what it could be beyond perhaps another N-Line variant. Hyundai joked about an N version of the Palisade SUV and we’re not going to lie: It looks great. While we don’t think it will happen either, it’s always fun to dream.