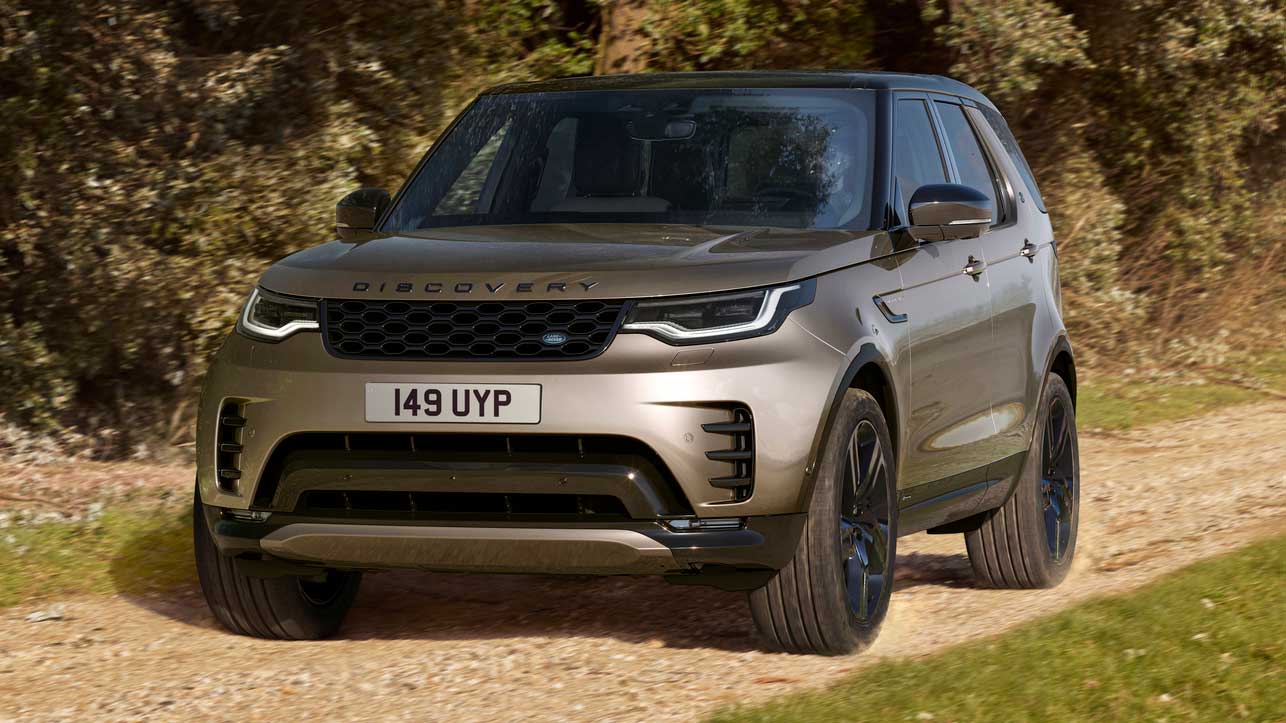 Land Rover’s Discovery may not seem all that exciting parked next to the new Defender SUV, its smaller and more off-road-focused sibling (and MotorTrend‘s 2021 SUV of the Year), but it’s not forgotten. For 2021, Land Rover has gone through the Discovery with a fine-tooth comb, uncovering a smattering of tiny opportunities for improvement. A few more USB ports here, a new shift lever there, and—biggest of all—a new touchscreen infotainment system named Pivi Pro.

For an idea of just how small Land Rover thought when tackling its updates for the Discovery, take a look at this rig’s face. It looks pretty much the same as before, right? Almost. The LEDs in the headlights are lowered for a more purposeful appearance, the grille is new, and so are those straked vertical intake slats at each front corner. More of the bumper wears body-color paint now, too. To the rear, the Discovery still has the signature stepped roof, which gives rear-seat and third-row-seat occupants a shot at some headroom, but now wears wider LED taillights that are connected across the tailgate by a gloss-black panel.

The rest of the 2021 Discovery’s changes lurk beneath its semi-new duds. Standout among them is the new Pivi Pro touchscreen infotainment system, which lives in a flat 11.4-inch display nestled in the dashboard. Having not yet used the system, the only criticism we’ll levy is an armchair-quarterback-style barb about how the flat screen looks slightly tacked onto the dash, especially given how the center stack it lives on is curved in a gentle arc the display doesn’t match. Anyway, Land Rover promises the screen is larger (by 40 percent), brighter (by 30 percent), and quicker to respond than its predecessor. The brand also claims 90 percent of menu functions are accessible with two taps or fewer, and a built-in battery for the display powers up the navigation system in “seconds.”

Next to the Pivi Pro system, Land Rover dedicated a lot of work to make it so users can connect an army of smart devices to the luxury SUV. Users can now pair two Bluetooth devices simultaneously, and there are now dual LTE data modems on board so the Discovery can handle over-the-air updates to the system without interruptions to, say, music streaming or other data services. Additionally, users can pair up to eight devices to the onboard Wi-Fi, and there are now more USB and charging ports throughout the Discovery than there are seats for passengers (up to seven with the optional third-row seats).

Speaking of seats, the second-row chairs are said to be more comfortable, thanks to more padding, and more adjustability than before; you can now slide the seats 6.3 inches fore and aft to adjust legroom. Land Rover also moved the rear-seat air vents from the door pillars (ahead of each rear door) to the rear of the center console between the front seats. All of the seats can be power-folded flat, and it’s possible to control their positions using the touchscreen (a feat Land Rover dubs “Intelligent Seat Fold technology”). A new steering wheel and shift lever round out the interior upgrades.

The 2021 Discovery is offered in four trim levels: 2.0L S, 2.0L S R-Dynamic, 3.0L S R-Dynamic, and 3.0L HSE R-Dynamic. Those numbers refer to the engine displacement—the 2.0L is a turbocharged 2.0-liter four-cylinder engine making 296 hp, while the 3.0L is, you guessed it, a turbocharged 3.0-liter inline-six making 355 hp. The latter engine also features “mild-hybrid” electric assistance. Pricing starts at $55,250 for the 2.0L S and goes up from there, topping out at just over $70,000 for a 3.0L HSE R-Dynamic before options are added. Full pricing for the lineup is below.

Standard across the Discovery line is an adjustable air suspension and baked-in off-road capability. The 3.0L models add the ability to finely adjust engine torque distribution between the front and rear axles, and Land Rover boasts that the Discovery can ford up to 35.4 inches of water without drowning. It can also tow up to 8,200 pounds. All of which means it remains a formidable, adventurous luxury SUV, albeit one the Land Rover team discovered opportunities to improve upon in mostly small ways.