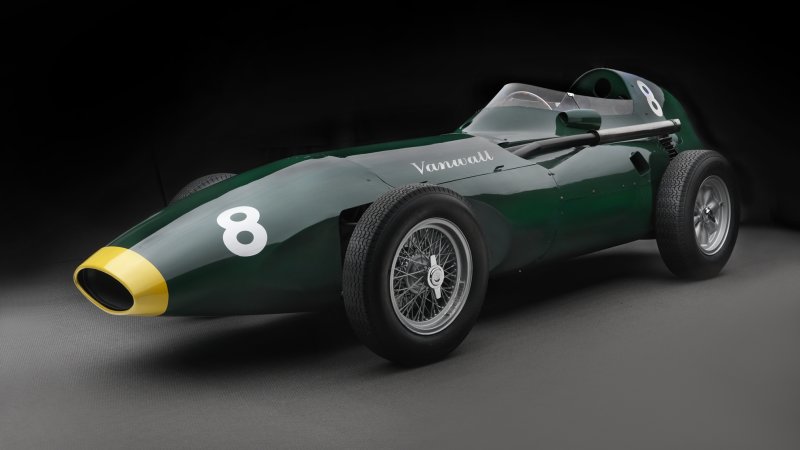 Successful but short-lived, England’s Vanwall has been unexpectedly resurrected to give five enthusiasts the rare opportunity to buy a 1950s Formula One car built in the 2020s. It could also develop more modern models.

Vanwall built neither vans nor walls; it was a racing team whose main claim to fame remains winning the first Formula One Constructors Trophy in 1958. It’s linked to several well-known personalities, including hugely successful race car driver Stirling Moss and Lotus founder Colin Chapman, but they all made a name for themselves elsewhere, after their stint at Vanwall. The team won nine Formula One races between 1954 and 1960, beating big-name rivals like Ferrari, but it then gradually faded into the pantheon of automotive history due partly to its founder’s failing health. An out-of-the-blue comeback staged in the 2000s failed to gain traction.

Then, it tried selling an open-top single-seater inspired by its championship-winning 1958 car. Now, it’s preparing to sell an exact replica of the model. Its continuation cars will be recreated as accurately as possible by using original drawings and blueprints from the 1950s. Power will come from a period-correct, 2.5-liter four-cylinder engine tuned to send about 270 horsepower to the rear wheels, and Vanwall commissioned a restoration shop named Hall and Hall to build each car by hand, a process expected to take thousands of hours.

Looking ahead, Vanwall could evolve from a reborn racing team into a full-fledged carmaker. It doesn’t have any recent heritage to lean on, but its executives are already brainstorming what a car for the 2020s could look like. Precisely what it hopes to build, with whom, and when are points that up in the air for the time being.

“The DNA that made those cars so successful also serves as an inspiring foundation for the future of the Vanwall marque, which I look forward to sharing in due course,” pledged Iain Sanderson, Vanwall’s managing director.

In the meantime, the continuation cars initially planned are each priced at £1.65 million excluding tax, a figure that represents approximately $2.14 million at the current conversion rate. Vanwall told Autoblog that they will not be street-legal, but they’ll come with a full FIA Historical Technical Passport (HTP) so they’ll be eligible to participate in a number of historic racing events held globally. And, they’ll be be sold on a first-come, first-served basis to enthusiasts all around the world, so at least one could end up in a collection on our side of the pond.

Only five cars will be offered to the public. The sixth will be assigned to the Vanwall Historic Racing Team.

If this announcement rings a bell, it’s likely because Allard — another British company that raced and closed over half a century ago — recently announced plans to make its own continuation cars. So far, it’s only planning on making one model, a replica of the JR that participated in the 1953 edition of the 24 Hours of Le Mans.