What Is the Green Dot On My iPhone? 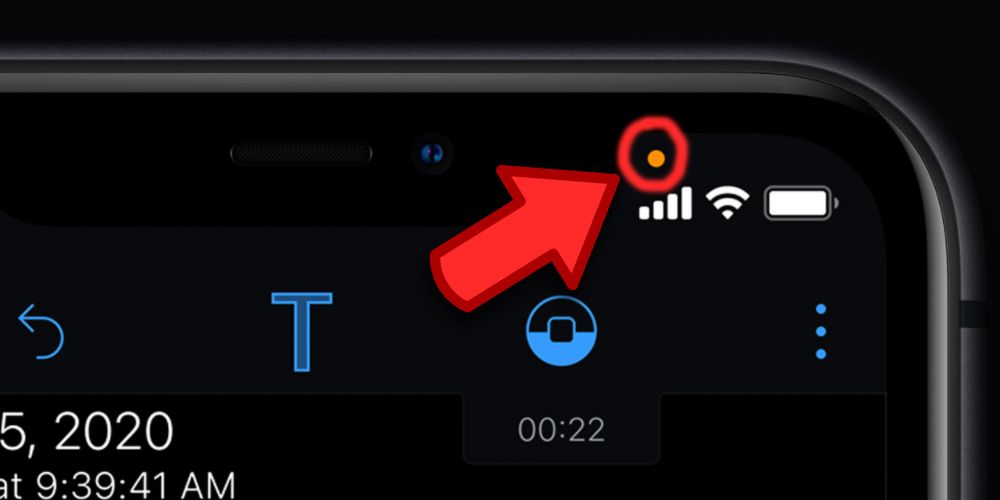 Back in September, Apple officially released its iOS 14 software update, and since then, developers have been irked at the short timeline they’ve had to perfect their products, iPhone users have decked out their home screens with widgets, and lots of people have wondered what’s up with those green and orange dots at the top of their screens.

The yellow arrow in this image shows the green recording indicator light on the author’s iPhone screen while using the Instagram app. This means that the app is using the camera.

Don’t worry: These dots don’t signal some kind of sketchy SpyWare, nor are they proof that Apple engineers are spying on you. Instead, the dots are simply “recording indicators,” as Apple calls them on a support page, and they’re meant to show you when an app has access to your device’s microphone or camera.

The dots, displayed in the top right-hand notch near your WiFi and cellular connection symbols, primarily exist to give you more control over your app permissions.

For example, if you’re mindlessly flipping through TikTok videos, you’re engaging as a passive user. You’re not creating content at that time, and perhaps you never will—so there’s no reason TikTok should have access to your microphone or camera if you’re not using them.

When that green or orange dot pops up, Apple is simply giving you more information about how the app is accessing the sensors on your iPhone. The green dot indicates the camera is in use, and the orange dot indicates that the microphone is in use. From there, it’s up to you to decide whether you want to keep those permissions on, or keep the mic and camera to yourself.

So don’t worry if you see these colorful dots. If you’re FaceTiming with your grandma, you should expect to see the green and orange indicators, because you’re using an app that requires your camera and mic by virtue of its purpose.

When you first use an app on iOS 14, Apple will prompt you to turn on camera access or microphone access, so that’s another layer of privacy—these settings usually aren’t on by default. If you want to go back and turn off an app’s access to your camera, that’s pretty simple to do, too:

📲 How to Turn Off Camera and Microphone Permissions