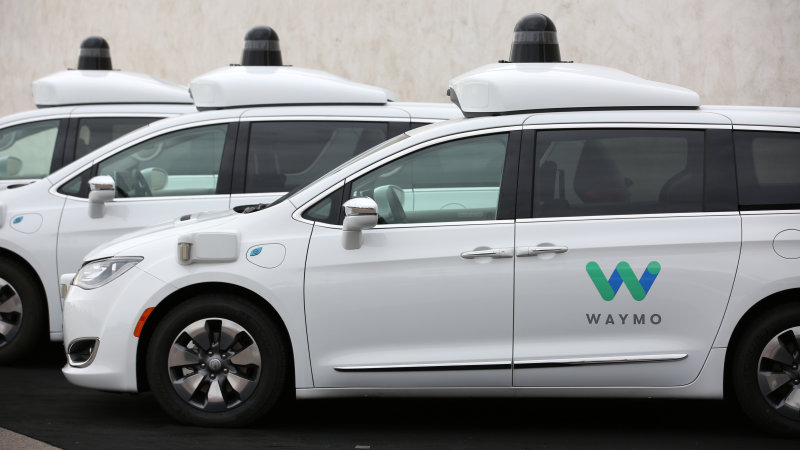 Waymo on Thursday will relaunch and expand its fully automated, robo-taxi ride hailing service in Phoenix, rebooting its effort to transform years of autonomous vehicle research into a revenue-producing business.

Waymo, the self-driving vehicle technology unit of Google parent Alphabet, Inc, said it will start offering rides in minivans with no human attendant on board to current members of its Waymo One service in Phoenix. Within a few weeks, Waymo plans to open access to anyone who downloads its smartphone app and wants a ride within a 50-square mile area of Phoenix.

Waymo chief John Krafcik said during a conference call that the company for now will offer only rides in driverless cars. Within a few weeks, Waymo will relaunch service for a larger, 100 square mile swath of the Phoenix area, using Pacifica minivans made by partner Fiat Chrysler Automobiles.

Some of the Waymo vans in Phoenix will still have attendants on board.

Waymo has not said where or when it will expand its robo-taxi business beyond Phoenix. “You can imagine we’d love the opportunity to bring the Waymo One driver to our home state of California,” Krafcik said.

Before the coronavirus pandemic forced Waymo to suspend operations this spring, Waymo was using vehicles with no human attendant on board to provide five to ten percent out of a total of 1,000 to 2,000 rides per week in its Phoenix service zone, Krafcik said. Rides in fully autonomous vehicles were limited to a small, selected group of Waymo customers.

Waymo’s move to expand service using vehicles with no attendant on board puts it ahead of rival robo-taxi companies in deploying a revenue generating service in the United States. Waymo earlier this year raised more than $3 billion, mostly from outside investors.

Cruise, majority controlled by General Motors, is testing vehicles in San Francisco, but has so far not offered rides to the public.

The pandemic has depressed demand for ride hailing services of all kinds. Waymo has stepped up attention to sanitation of its vehicles in response, Krafcik said. Waymo will monitor vans remotely, and employees will remind customers to keep masks on in the vehicles. Vehicles will be cleaned regularly under a maintenance and fleet management partnership with auto retailer AutoNation, Krafcik said.

Fiat Chrysler has engineered a system that can flush the air from a minivan after every ride, he said.

The field of companies trying to develop self-driving vehicles has been consolidating as technology and regulatory challenges pushed the prospects of significant revenue from carrying passengers further into the future. Waymo and other autonomous vehicle technology companies have put increased focus on automating commercial vehicles for goods delivery.

Waymo rival Zoox was acquired earlier this year by Amazon
. Ride hailing company Uber Technologies
was set back by a fatal accident involving one of its test vehicles.

The U.S. Congress has failed to act on proposals to create standards and safety regulations the industry can rely on as a legal shield when deploying self-driving vehicles.

In Arizona, Waymo said it informs state officials ahead of any change in its service.