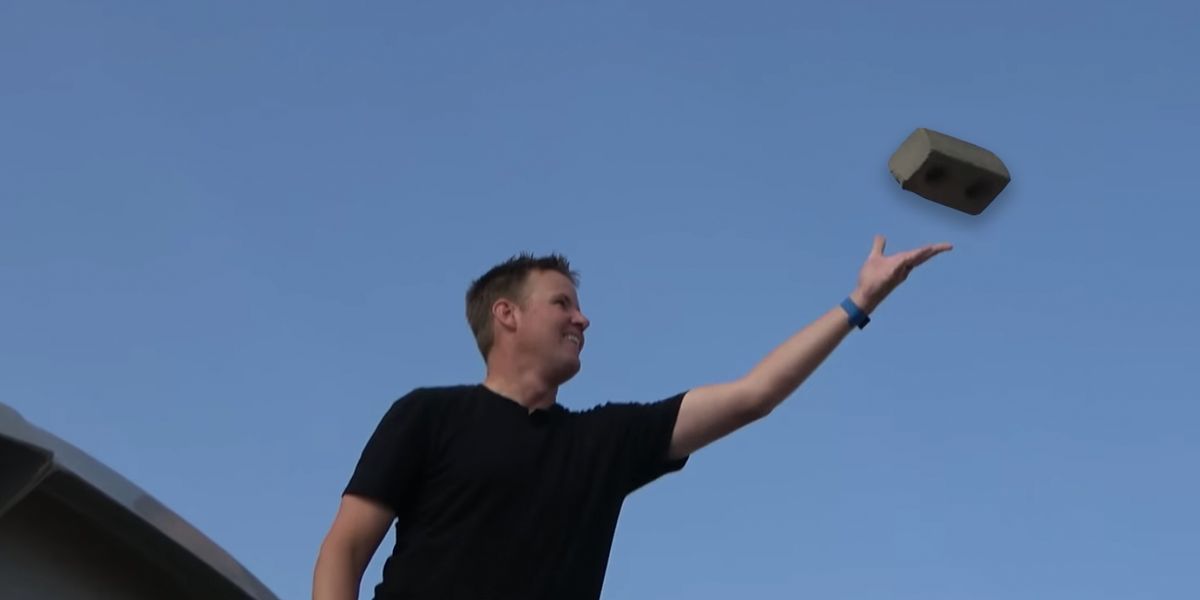 “Why is Elon building bricks?” the host of YouTube’s What’s Inside? asks in a new video. The answer: By turning waste dirt from The Boring Company’s tunnels into bricks, Musk says, he can sell low-cost building materials that will also help subsidize the cost of the tunnel.

➡ You can’t get enough Musk. Neither can we. Let’s nerd out over his creations together.

Let’s watch as the What’s Inside guys test the bricks for quality and durability.

“These are supposed to sell for 10 cents a brick,” host Dan Markham says. That’s super cheap, and Musk has said that bricks earmarked for affordable housing projects will be available for free. But the first batch of Boring Company bricks wasn’t quite perfect, so Musk gave them away internally. While a Boring brick may not be quite as sentimental as a brick from, say, Old Comiskey, it’s still an instant collector’s item.

And to that end, Markham bought two of these bricks for $200 each. If an average red clay brick costs 75 cents at a home renovation store (the one Markham shows and uses is 53 cents, but prices and styles vary), that means the production Boring brick will cost about 1/8th of that, and Markham’s costs about 270 times more.

Markham puts the Boring brick up against a new red clay brick, a used red clay brick, a cinderblock-style brick with what look like prestress wires through the middle, and a plain cinderblock brick. Musk, Markham explains, has claimed that his innovative, but extremely low-cost brick will even be much more durable than traditional bricks. The only way to find out, of course, is to drop them from great heights.

The cinderblock and used red brick don’t even survive the very first test, a chest-high drop onto Markham’s cement patio. (He marvels at the slightly higher cost of the used brick, but that extra cost may be in the labor of recovering and recycling the brick, not anything to do with its quality.)

“Oh, this one is hard to do,” Markham says, cringing, as he drops the $200 brick from higher and higher positions. The traditional red clay brick finally breaks after an underhand toss off the very top of a stairway over the patio, and the Boring brick makes it one step further: a high-arcing toss.

This video is cool, and we love the idea of low-cost building materials made by innovative recycling. But we’d be curious to see a scientifically rigorous version of the test, because so much of whether these materials break is affected by weird things like the angle at which they hit the ground. Simply dropping from the same height without more control isn’t enough.