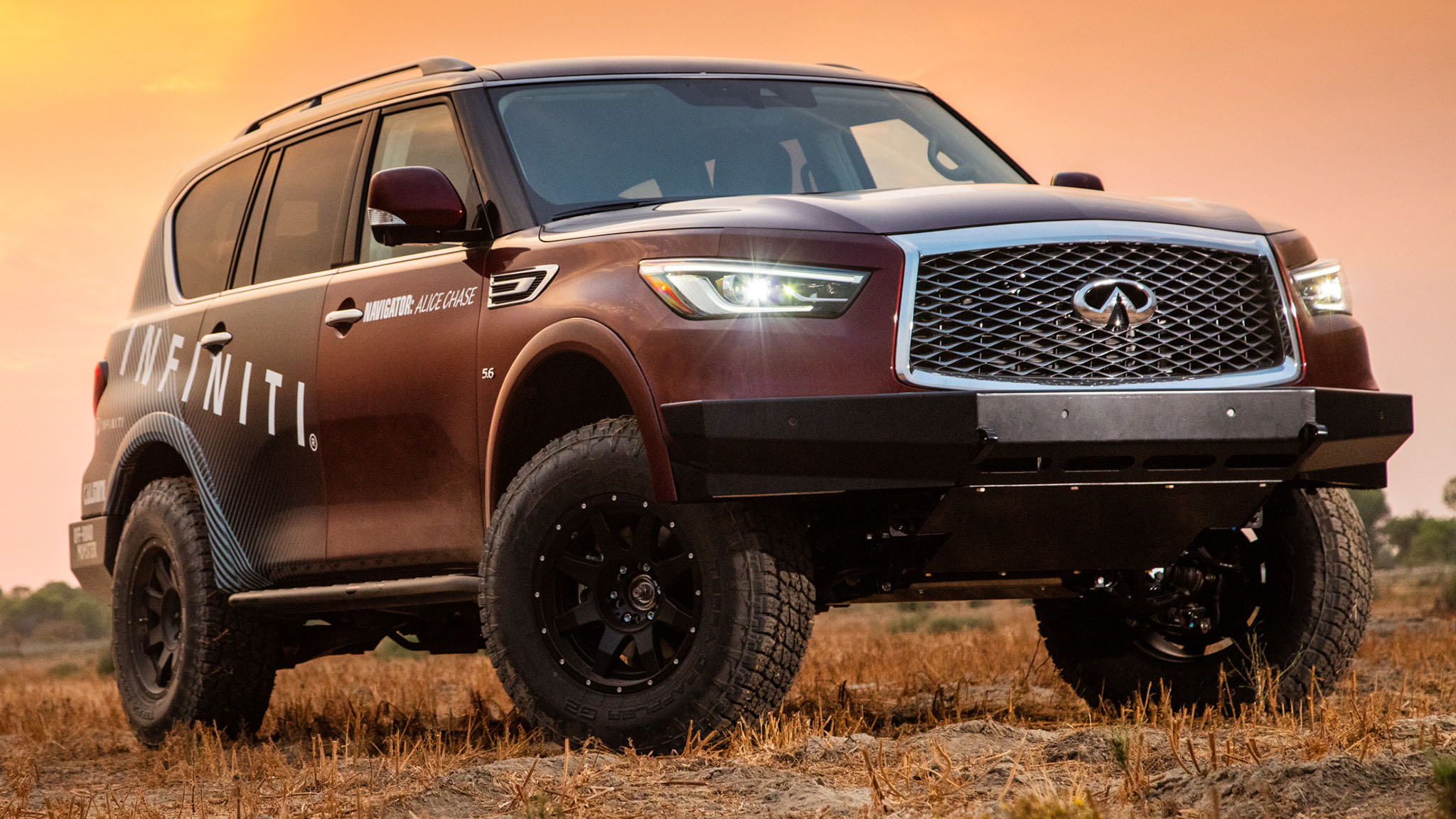 Despite its Infiniti badging, the QX80 is, at its core, a Nissan Patrol. (Or, as we know it in the United States, a Nissan Armada.) While Infiniti waters its big SUV down with big wheels and all-season tires for the on-road adventures most American full-size luxury SUV buyers go on, the brand’s flagship model is still plenty capable off the beaten path. Infiniti wants to prove it, too, and it’s prepared a specially built QX80 for competition at this year’s Rebelle Rally.

The all-female rally follows a 1,200-mile route that begins near Lake Tahoe and ends at the Imperial Sand Dunes, just north of the border between the U.S. and Mexico. In order to ensure the QX80 offers just as much gumption as its driver and navigator (automotive writers Nicole Wakelin and Alice Chase—together known as “Team Wander Woman”), Infiniti shipped the SUV to Calmini Products, Inc., which added the likes of a 3.0-inch lift, custom bumpers to improve the QX80’s approach and departure angles, thicker skid plates, beefier control arms, off-road shocks, and 18-inch Off-Road Monster wheels wrapped in Nitto Terra Grappler all-terrain rubber.

Additionally, the boxy Infiniti SUV features kit such as a tank for airing up and down the tires as needed, fire extinguishers, tow straps, and a pair of full-size spare tires (secured in a custom cage) in the cargo hold. Despite the additional pounds these items surely add to the QX80’s curb weight, the SUV maintains its stock powertrain. Fortunately, the 5.6-liter V-8’s 400 horsepower and 413 lb-ft of torque, which are routed to all four wheels (a $3,100 option on the base Luxe trim, which comes standard with rear-wheel drive) by way of a seven-speed automatic transmission, ought to prove plenty powerful to push this big beast through the tough terrain its sure to encounter.

We won’t know how Team Wander Woman fares until the Rebelle Rally’s conclusion on October 17, 2020, but with a rig like this QX80, the team is certainly starting off on the right foot. Still, the QX80 won’t be the only manufacturer-provided luxury SUV competing in the event, as Lexus also has a specially prepared, supercharged LX 570 entered in the Rebelle Rally.