This Is the Single Best Place To Stargaze on Earth 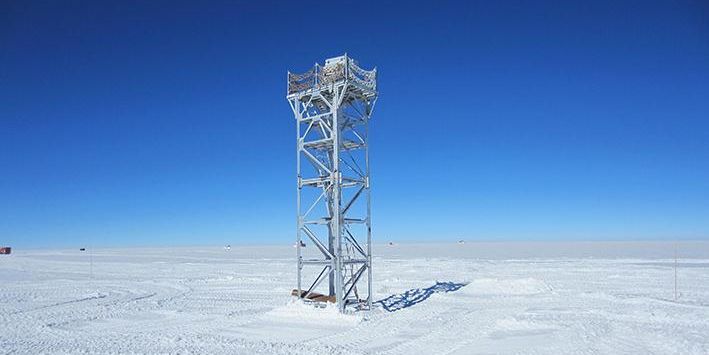 More than 550 miles away from the South Pole, high atop a frozen plateau in Antarctica lies Dome A. At 13,000 feet above sea-level, the desolate shield of ice is the single best place to catch sight of the stars.

It is notoriously difficult to capture images of the stars that aren’t warped by Earth’s atmosphere. Astronomers have long searched for locations around the world from which to clearly view the night sky. While places like Hawaii’s Mauna Kea Observatories and the telescope arrays in Chile’s Atacama desert probe the skies on cloudless nights, their images are still dulled by atmospheric effects. Now scientists believe they’ve found the very best spot for stargazing, but it likely won’t be a tourist attraction anytime soon.

“After a decade of indirect evidence and theoretical reasoning, we finally have direct observational proof of the extraordinarily good conditions at Dome A,” astronomer Michael Ashley of the University of New South Wales Sydney in Australia said in a statement.

Ashley was part of an international team of researchers that constructed a small telescope—called the KunLun Differential Image Motion Monitor—atop a 26-foot tower on Dome A. To test their theory that Dome A might be the perfect spot from which to make astronomical observations, the team programmed the telescope to snap pictures once a minute between April 11 and August 4 in 2019—the dead of winter in the southern hemisphere. The telescope ultimately captured 45,930 images of the cosmos.

It worked like a charm.”The result is that the twinkling of the stars is greatly reduced, and the star images are much sharper and brighter,” Ashley said. The team published their findings July 29 in the journal Nature. The results were so good, Science News reports, that astronomers were able to spot celestial objects approximately half the size of those seen from other Earth-bound telescopes.

The telescope atop Dome A rests just above the Planetary boundary layer in Earth’s atmosphere. This layer of air, the lowest region of the troposphere, is filled with swirling pockets of warm air. Thanks to this turbulent air, light emitted from stars is distorted—it’s what gives stars their twinkling appearance. When escaping the effects of the boundary layer, location is key.

“At a temperate site, the boundary layer is usually hundreds of metres high or higher, preventing one from reaching the free atmosphere,” Zhaohui Shang of the Chinese Academy of Sciences in Beijing told New Scientist. At Dome A, however, Earth’s boundary layer is only 45.6 feet high.

In addition to escaping the effects of Earth’s atmosphere, Dome A is shrouded in darkness longer than other astronomical observation sites on Earth, meaning the telescope can operate for longer periods of time.

This is critical for making observations about distant stars, for example, Ashley said, “the fact that you can observe them continuously means you can find planets around them much more effectively.”

The galaxy PGC 29388, seen through the lens of the Hubble Space Telescope.

Astronomers have gone to great (and expensive) lengths to get around the issue of atmospheric turbulence. In 1923, German rocketeer Hermann Oberth first proposed sending telescopes into space to surpass the blur. Princeton astrophysicist Lyman Spitzer set the idea into motion several decades later.

NASA tested out the idea in the 1960s and sent up a series of telescopes through the Orbiting Astronomical Observatory Program. Finally, in 1990, the agency launched the famed Hubble Space Telescope. After an issue with one of the mirrors was fixed, the Earth-orbiting telescope returned stunning images with a clarity and sharpness not seen before.

While satellites like Hubble, Kepler and Spitzer send unbelievably crisp images to scientists back on Earth, they’re extremely expensive, difficult to fix and take years—and even decades, in some cases—to construct. (Here’s looking at you, James Webb.)

Astronomers like Ashley are making the case for the site at Dome A. “[A]nother advantage of making Earth-based observations is you can always add the latest technology to your telescope on the ground, he said. “Whereas in space, everything is delayed.”