Honda trademarks ‘Motocompacto’ name, could be used for a folding scooter 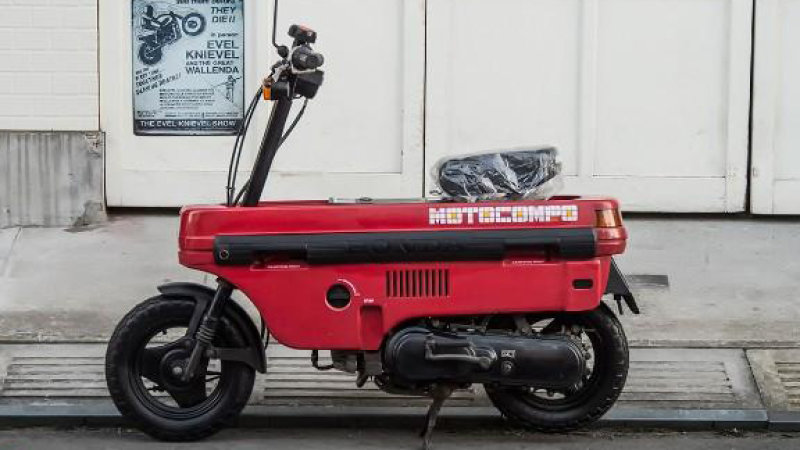 Fans of both Honda’s four-wheeled and two-wheeled machines have reason to get excited (within reason), because the company may be reviving a beloved scooter from its past. Motorcycle news site Motorcycle.com discovered that Honda has trademarked the name “Motocompacto” in the United States. You can find the trademark in the U.S. Patent and Trademark Office database here. The notes show that the name is meant for an electric scooter, and the filing was made only a week from the time of writing.

So why is this exciting to motorcycle fans, let alone car fans? The name Motocompacto is similar to the name of an old gas-powered Honda scooter called the Motocompo. That little scooter would fold up for easy transport, and a name like Motocompacto would seem to imply that ability would transfer to a new version. The folding trick was cool enough on its own, but where this is interesting for car enthusiasts is how the Motocompo was available with the first-generation Japanese-market Honda City and its high-output Turbo II variant, and would fit perfectly in the hatch. It was the original “last mile” mobility solution.

Before we go any further, we should go over the usual trademark filing disclaimer. Just because a company has trademarked a name doesn’t mean it’s going to do anything with it. It could simply be preemptive in case the company wants to use it later. It could also simply be used for a concept vehicle rather than something we can actually buy.

Still, we’re excited about this filing, and we can’t help but start imagining how a new foldable scooter from Honda could be used. Obviously we’d like it used in a car. The Honda E would seem like the ideal choice; pairing a modern take on a retro mobility solution with a retro-styled forward-thinking electric car. It would also seem like the only way to make that little hatchback more irresistibly charming. And with the E’s limited range and dependence on potentially inconvenient charging stations, a scooter to go someplace while charging would be super handy.

Of course we’d love to have some kind of Motocompacto for an American-market vehicle, and we have some ideas, there, too. The Honda HR-V has some excellent storage nooks thanks to its deep cargo well and flippable rear seat. We could see it tucked under the seat or in that storage well. You know what else has a storage well: the Honda Ridgeline. It’s a big one, too. And they could have knobby dirt tires, so you have little toys when you take your Ridgeline camping. We sure hope the Motocompacto becomes reality.