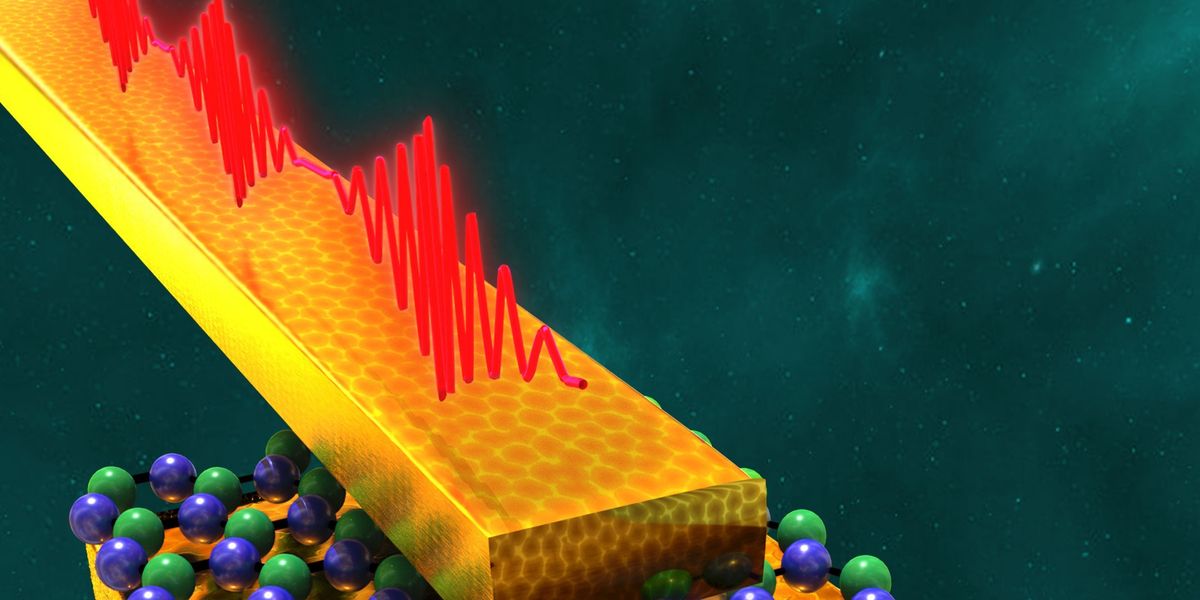 With 5G technology comes ultrafast internet service that won’t just enable more stable communications between robots and autonomous vehicles, but also make it possible for you to download an entire movie in mere seconds, like some sort of super-powered internet Avenger.

But for now, it comes at a price: Thou must surrender thy phone battery, which will seem like it’s draining at the speed of light.

Need evidence? Testers for CNET found that after just 4 hours of using the Moto Z3 on a 5G network, the battery was “completely zapped.” They similarly found the Galaxy S10 5G fell to 50 percent battery life in about 4 hours, projecting a far shorter lifespan than its usual 18 hours.

To rectify that grim side effect, researchers at the University of Texas at Austin and the University of Lille in France have developed a new radio-frequency switch they say is 50 times more energy efficient than the current solid-state switches. They published their results on May 25 in the journal Nature Electronics.

The solution is actually rooted right in the problem. Because smartphones are packed with switches that perform duties like hopping back and forth between different networks and spectrum frequencies (4G to LTE, to WiFi, to Bluetooth, etc.), batteries drain much faster. State-of-the-art radio-frequency switches are constantly running in the background on your iPhone or Android device, consuming not only battery life, but processing power.

So when the limited number of 5G-enabled smartphones on the market are constantly bouncing back and forth between 4G and 5G communications, for instance, the problem is amplified. On its customer support page, Samsung acknowledges this:

Your phone will need to maintain a connection to the 3G or LTE network in addition to the 5G network so that phone calls, text messages, and data will be delivered consistently.

Because your phone is connected to multiple networks simultaneously, the battery will drain faster than one would typically expect, and the phone may get warmer than when solely on 3G or LTE.

As 5G networks “grow in capacity and capability,” Samsung says, they’ll be able to handle more of your phone’s functions with less battery drain. CNET offers that new Qualcomm Snapdragon X55 chips will correct the issue. These are both true, but the researchers working on a 5G switch think their solution is simpler.

“The switch we have developed can transmit an HDTV stream at a 100GHz frequency, and that is an achievement in broadband switch technology,” lead researcher Deji Akinwande, a professor at the University of Texas at Austin, said in a prepared statement. And the premise is simple: the switches stay off most of the time.

Unless the radio-frequency switches are actively helping the device jump between networks at that precise point in time, they stay off, preserving precious battery life for other processes.

While other researchers have done similar work on the lower end of the 5G spectrum—where speeds are slower but travel further—this is the first time a switch is able to function all over the radio-frequency spectrum, from low-end gigahertz frequencies all the way up to the tetrahertz band, which could one day usher in 6G. But let’s not get ahead of ourselves.

To build it, the scientists used a nanomaterial called hexagonal boron nitride, a newcomer in the materials science field that comes from the same family as graphene, a honeycomb-lattice sheet of carbon atoms used in everything from bike tires to cleaning up radioactive waste.

According to research in Semiconductors and Semimetals, hexagonal boron nitride is only as thick as a single layer of atoms and is the thinnest known insulator in the world, with a thickness of 0.33 nanometers (for comparison’s sake, a human hair is about 100,000 nanometers thick).

In this case, these scientists used a single layer of boron and nitrogen atoms in a honeycomb pattern. Then, they sandwiched the layers between a set of gold electrodes.

Funding for their work comes, in part, from the U.S. Army Research Office, which has a stake in 5G because it could improve Department of Defense efforts in artificial intelligence, lead to faster data transmission between drones or other unmanned aerial vehicles, and could even support soldier-wearable radios or communications systems that will have longer battery lives and faster upload and download speeds.