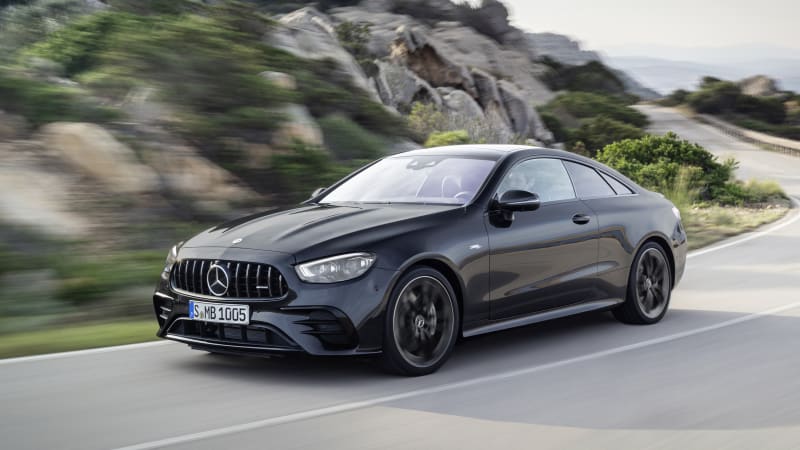 In our post on the 2021 Mercedes-Benz E-Class coupe and cabriolet, we wrote that not seeing any AMG E 63 trims yet “makes the E 53 Coupe and Cabriolet the highest performing versions of their particular body styles within the E-Class lineup for the time being.” You can erase “for the time being” and make that “forever.” During a virtual roundtable after the launch, AMG product planner Kamelia Brodner told Motor Trend there is no V8 on the way for either two-door. Only the sedan and wagon will see the E 63 upfit, those body styles expected later this year.

Mercedes skipped over the two-door E-Classes for any kind of AMG version for years, until the 2019 model year, a move one exec labeled a mistake years after the decision had been made. The exec told PistonHeads in 2013 the E is “the perfect car to be an AMG” and “next time we won’t make the same mistake.” At the time, of course, we thought that would mean the return of V8 power to the two-door E-Class, but the full-fat motor could be considered overpowering for the more mature buyer more interested in a boulevard- and house-in-the-country cruiser.

To help customers squeeze the most fun out of the 3.0-liter inline-six in the AMG E 53 and its 429 horsepower and 384 pound-feet of torque, AMG programmed its Dynamic Plus package into a car with less than eight cylinders for the first time. That will definitely mean goodies like AMG’s performance steering wheel and Race and Drift modes, but we aren’t certain if that includes the entire upgrade suite optionally available on other AMG models that includes the Ride Control Sport Suspension and high-performance composite braking system.

The sportier E-Class duo will also miss out on plug-in hybrid powertrains. Mercedes mounts its batteries under the trunk, forcing too much of a compromise in the coupe and droptop. The E-Class’ chief engineer, Michael Kelz, said, “With the luggage space it will be pretty tight. And on the other hand, the demand is not very high.”

Speaking of demand, the four- and five-door gobble up to 70% of E-Class sales, the coupe gets 17% of the mix, the cabriolet sponging up the remainder. Not overwhelming, but the two-doors pull a healthy 30% combined, compelling enough to make a business case for the foreseeable future. Kelz told those on the call, “I can assure you that our future will keep the cabriolet in this class. It’s in the heart of Mercedes….” That would counter rumors that the next-generation E-Class, said to arrive sometime around 2023, will kill the coupe and droptop.