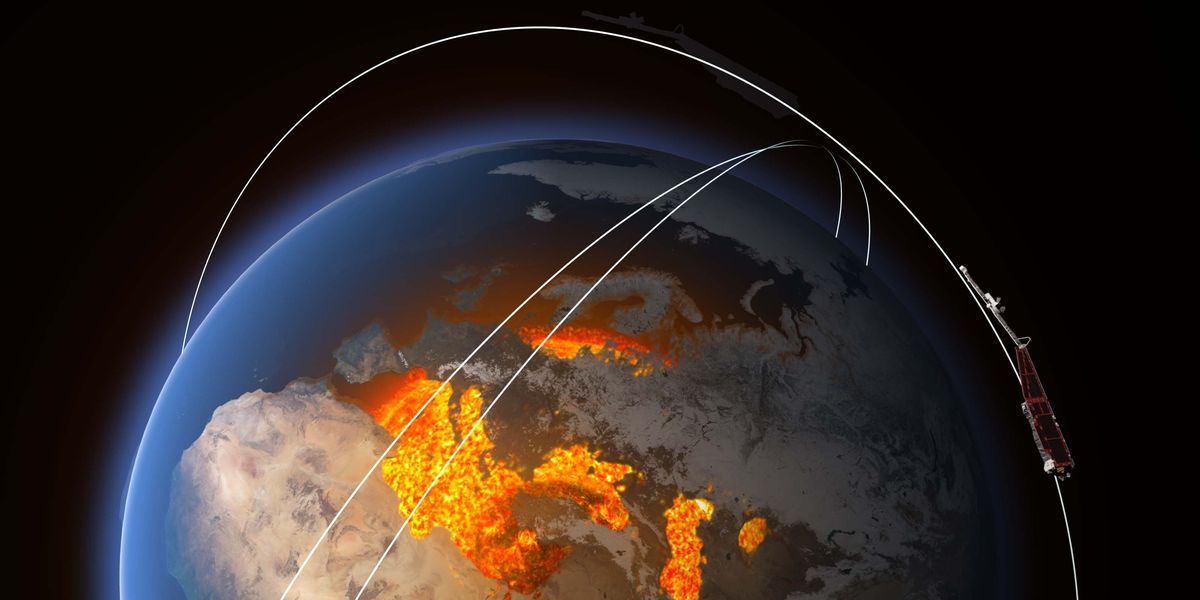 Earth’s magnetic field is shaking things up once again.

In recent decades, our magnetic field has been changing. We know, for instance, that the magnetic north pole has been shifting at record speed in recent years. Now, scientists using the European Space Agency’s (ESA) Swarm satellites are monitoring a weakening in Earth’s magnetic field in a region that stretches from Africa to South America. They’ve dubbed it the “South Atlantic Anomaly.”

This ESA video, reveals the location of a patch of weakened magnetic intensity in the South Atlantic. Each white dot reflects a Swarm satellite radiation measurement.Credit: Division of Geomagnetism, DTU Space

This weak patch in the magnetic field has also expanded, stretching west toward South America at a rate of about 12 miles per year. Recent measurements taken by the Swarm satellites in the past five years reveal it may actually be splitting in half.

The ESA launched its Swarm satellite constellation in November 2013. Since then, it has revealed key secrets about Earth’s mysterious magnetic field. The constellation is made up of three identical, trapezoid-shaped satellites. Each 29-foot satellite is packed with sensors that measure Earth’s magnetism.

There’s an instrument that measures incident ions along the spacecraft’s orbit, as well as a 13-foot-long boom, which has a vector field magnetometer and three startrackers attached at the halfway point. To ensure “magnetic cleanliness,” there’s a scalar magnetometer at the tip of the boom that captures data free of electrical interference from the main section of the satellite.

“The new, eastern minimum of the South Atlantic Anomaly has appeared over the last decade and in recent years is developing vigorously,” Jürgen Matzka, of the German Research Centre for Geosciences, said in a statement. “The challenge now is to understand the processes in Earth’s core driving these changes.”

Earth’s magnetic poles have shifted throughout Earth’s history. We know they’ve even swapped places at a rate of about once every 250,000 years. The last switch occurred approximately 780,000 years ago. The development of the South Atlantic Anomaly doesn’t mean we’re headed for a pole reversal, experts say, so there’s no need to panic.

This could, however, pose a problem for satellites and spacecraft in the area. Because the magnetic field is weaker in this region, spacecraft are more susceptible to charged particles that could damage equipment and spur malfunctions.