BlueIndy electric cars will be repurposed; some are already crushed 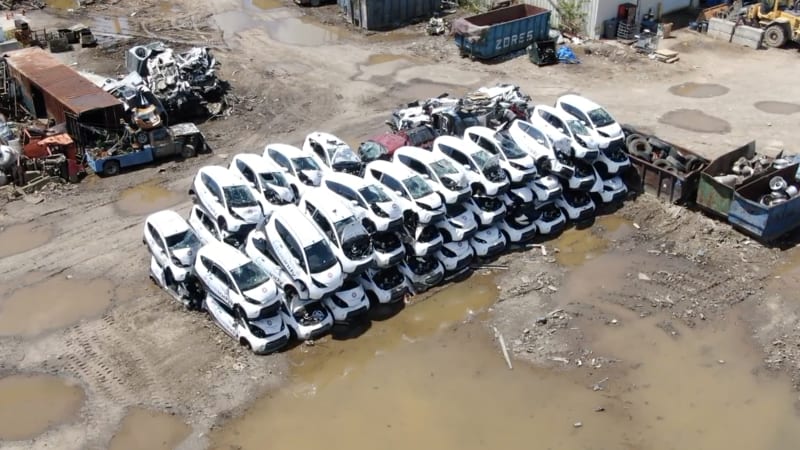 After roughly five years of existence, the BlueIndy electric car-sharing program in Indianapolis had accrued only about 3,000 members. For those keeping track of the balance sheet, that wasn’t nearly enough to be a realistically successful business. The innovative program that launched in September 2015 did not go as planned, and it has shuttered operations as a result.

In a Q&A section of its website, BlueIndy states, “This difficult decision to close the business on May 21, 2020, has been taken as the service did not reach the level of activity required to be economically viable here.” According to the IndyStar, the project cost a total of $50 million to launch. Of that $50 million, the city paid $6 million, and Indianapolis Power & Light Company paid at least another $1 million to install the underground-wired charging stations. In total, the program was able to put out about 280 cars and 90 power stations throughout Indianapolis and took up hundreds of parking spaces.

Despite more than 180,000 rides completed, the demand did not meet expectations. The closure leaves the questions of what will happen to the cars, the built-in chargers, as well as program’s dedicated parking. According to Fox 59 and WTHR, at least 30-40 vehicles with various levels of body damage ended up in an Indianapolis scrapyard.

The shells were spotted stacked on top of each other in neat rows. The batteries and powertrains of these vehicles, if functional, will be repurposed. Furthermore, the cars that were not damaged will be shipped to Los Angeles and used for BlueLA, the company’s other American ridesharing program.

As of this writing, Indianapolis has not made a decision about what to do with the charging stations. Visit Fox and the IndyStar for more information.