Tesla plant workers anxious about coronavirus can get unpaid leave 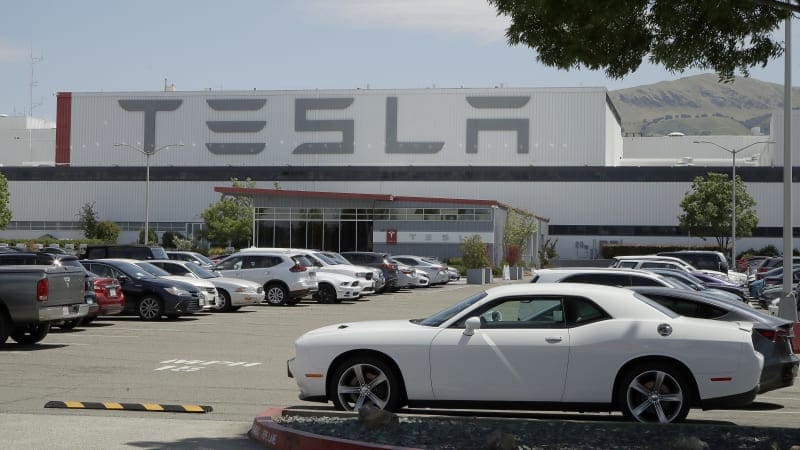 The stipulation, outlined in an email memo to employees from HR boss Valerie Capers Workman, runs until May 31 and requires employees to sign a document and get approval for the unpaid leave. The memo also announced the automaker’s intention to reinstate its attendance policy effective Friday.

The restart of production comes after Tesla last week restarted its plant in Fremont, California, in defiance of a county shutdown order. CEO Elon Musk, who has been outspoken in his skepticism about the coronavirus and the response of many governments to the pandemic, famously tweeted that “If anyone is arrested, I ask that it only be me.” The company later sued Alameda County alleging the closure was a “power-grab,” with Musk even threatening to move Tesla’s plant out of the state. The company dropped the lawsuit on Wednesday.

Employees returning to the assembly line must undergo video training, and Tesla said it has added partitions between work stations, requiring personal protective equipment and has established “rigorous cleaning and disinfecting protocols.” The company is also reportedly performing temperature checks at the door to each employee.

CNBC reports that Tesla operates a points system, giving worker 2 points per absence without approved personal time off and 1 point for being tardy. The policy allows an employee who has amassed 5 or 6 points to be terminated. According to the memo posted online by CNBC, employees who are under Tesla- or doctor-ordered quarantine, are exhibiting COVID-19 symptoms or have tested positive for coronavirus are not subject to the attendance policy.