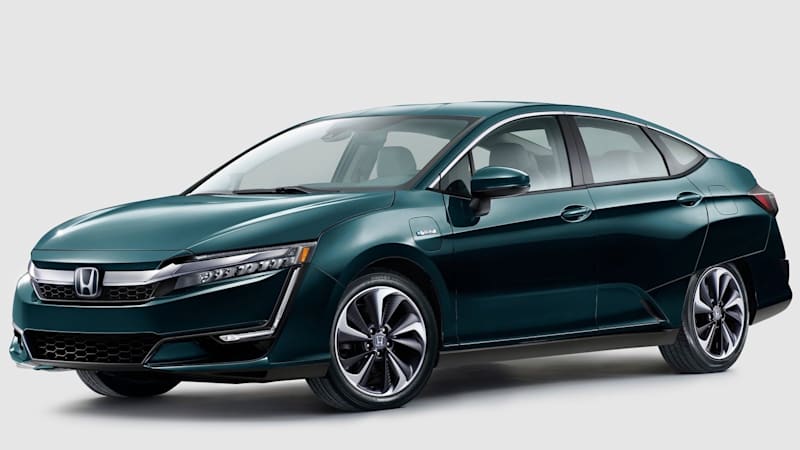 On June 21, 2016 Honda applied with to U.S. Patent and Trademark Office to trademark the terms “Hydronaut” and “Hydrogenaut.” Assuming success, both terms were to be applied to an endeavor “Providing technological and scientific information about fuel cell vehicles; Providing a website featuring technological and scientific information about fuel cell vehicles.” After being published for opposition, both applications were left to die, their abandonment dates listed as January 20, 2020. CarBuzz discovered that two days later, January 22, Honda re-applied with the U.S. PTO to trademark the same two terms for the same service. It’s possible the Japanese automaker will sit on them again, to no apparent purpose. Nevertheless, someone inside the company has the aim of one day spreading the hydrogen gospel.

The alternative fuel could certainly use converts. Mercedes-Benz and BMW have trotted out the occasional fuel-cell electric vehicle over the past decade or so, but the Japanese and South Korean automakers have been especially vocal about getting FCEVs mainstream. Toyota copied the Prius playbook for the Mirai, sinking noteworthy sums of money into an ungainly first generation to get early-adopter butts in seats, then rolling out a svelte second generation gunning for mainstream appeal. We saw how that turned out with the Prius. The problem with the much more handsome Mirai is that even in California, only fringe greenies are lured by the siren song of hydrogen at the moment. Until the infrastructure expands enough to achieve regular contact with the average driver, and permit travel outside of narrow corridors, that situation won’t change quickly.

Therefore, Honda could do itself an enormous favor with a splashy online education effort, likewise a favor for every other hydrogen-invested automaker and the dim prospect of the so-called hydrogen highway getting filled out in our lifetimes.

BMW might want to lend Honda a coding hand, in fact, the German automaker restating its commitment to hydrogen in an interview with The Telegraph. Dr. Jürgen Guldner, the automaker’s VP for fuel cell projects, told the UK newspaper, “We see fuel cells helping us to convert all our cars to zero emissions over the next two decades,” and, “We don’t see it as competition for the battery electric vehicle, but as a further offer to our customers.” BMW intends to release a fleet of third-generation FCEVs based on the X5 by the end of 2022, Guldner saying that price parity between hydrogen fuel-cell vehicles and traditional ICE vehicles could be achieved as soon as 2025.