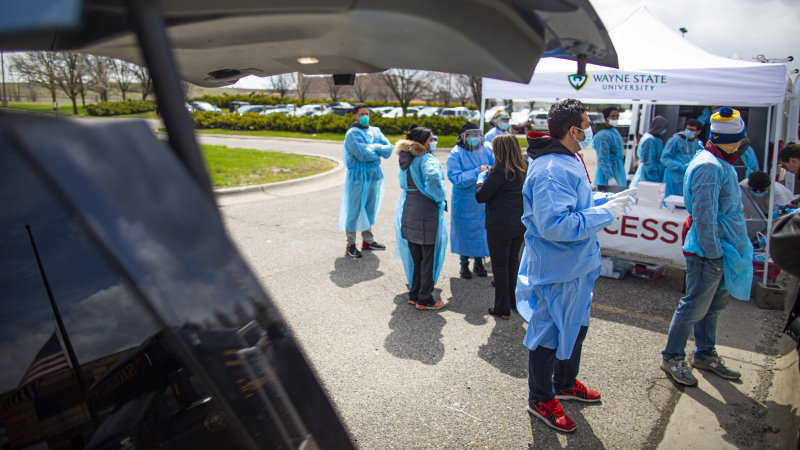 For its latest coronavirus act, Ford has joined forces with a Detroit university, its affiliated physicians group and an Arab-American human services nonprofit to launch a mobile Covid-19 testing program for symptomatic first responders, health care workers and corrections officers in Michigan.

The program is billed as an extension of drive-through testing sites operating in Detroit and Dearborn, but capable instead of bringing testing to locations and people who lack access to it. The mobile Navigator test vehicles will be capable of testing up to 100 people per day at no cost, with results returned within 24 to 36 hours.

Testing will start at sites in southeast Michigan and then branch out to other parts of the state, including Battle Creek, Lansing and Grand Rapids. Michigan has been a major epicenter of the coronavirus outbreak in the U.S., with 27,001 confirmed cases and 1,768 deaths as of the most current data from Tuesday. The state has been under a stay-at-home order since March 23.

With its factories remaining temporarily idled for vehicle production, Ford has kept busy branching out into the fight against the novel coronavirus on multiple fronts. It kicked off production of a waist-mounted, powered air-purifying respirator it designed with 3M on Tuesday, and it plans to begin building ventilators at a plant in Michigan next week.

Earlier this week, Ford announced it was helping a supplier that makes airbags use the material instead for reusable medical gowns for health care workers. Employees are also manufacturing protective face masks at its Van Dyke Transmission Plant, plastic face shields at a subsidiary near Detroit and helping a medical device company ramp up production of Covid-19 field testing kits.