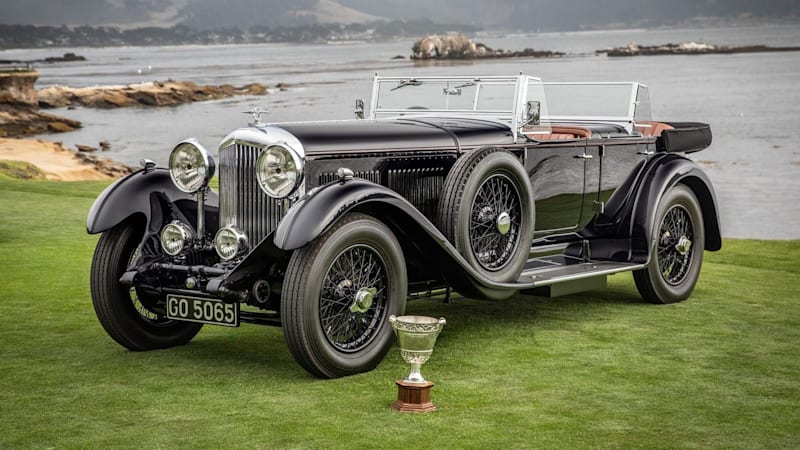 Audi Club North America, BMW Car Club of America, and Mercedes-Benz Club of America together host the Legends of the Autobahn even during Monterey Car Week. Eight days ago, the organizers announced they were canceling this year’s event due to the continuing uncertainties caused by Covid-19, becoming the first of the week’s showcases to pull out. Yesterday, the week’s marquee event did the same, Pebble Beach Concours d’Elegance Chairman Sandra Button calling off this year’s show that was scheduled to take place on Sunday, August 16. The organization had finished the car selection process earlier this month and sent letters to collectors invited to show. The news will be especially hard for some of them who have spent years, or perhaps most of their lives, waiting for the opportunity to put their treasure on the 18th fairway.

The release mentioned that international guests would be getting their cars ready to ship, necessitating a decision. Not knowing what the world will look like in August, but knowing that it will be impossible to put six feet of space between attendees, the cancellation makes sense. Last year’s Best of Show, a 1931 Bentley 8 Litre — Bentley not having won the honor since 1965 — gets to keep its belt for another trip around the sun.

The organizers aren’t running a brand new event in 2021, they’ve moved this year’s event to next year. That means everyone who was invited to show this year, and everyone who purchased tickets, is invited for the 70th Pebble Beach Concours on August 15, 2021, and “Features will remain as planned, with a display of past Best of Show winners along the edge of Stillwater Cove, and special classes focusing on Pininfarina coachwork, Porsche 917, Talbot-Lago Grand Sport, Miller racing, Iso, Early Electrics and the Carrera Panamericana.” Ticket holders who’d like refunds can e-mail a request to info@pebblebeachconcours.net.

It would be fascinating to see what Monterey Car Week is like without the week’s main event — there are more than four dozen big-ticket gatherings outside those mentioned above. Pebble has become an unofficial car show for luxury brands, and the auction houses alone provide a second Pebble’s worth of automobiles, last year selling more than $254 million in goods. We won’t be surprised if the entire tent comes down without its pole, though, so get ready to hear of more cancellations in the coming weeks, particularly those with long logistics lead times.