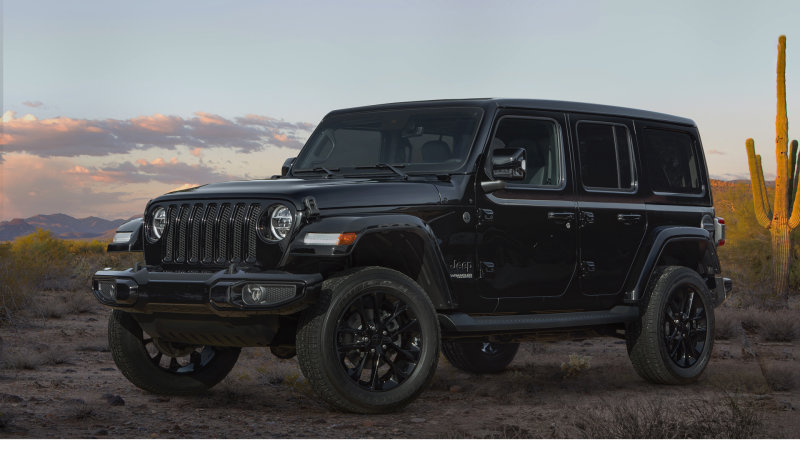 An unexpected consequence of confining a big chunk of the American population is that interest in the Jeep brand is growing, according to a recent study. Exploring the great outdoors is more appealing than ever before.

In March 2020, research firm YouGov BrandIndex polled a relatively small group of 426 adults in the United States and learned the percentage of them who would consider a Jeep as their next car has grown by 2.6% in the past 30 days. 16.2% of the men and women who participated in the study said they were keeping an eye on the off-road focused brand, up from 13.6% in February 2020.

There are several ways to explain the increase, according to researchers. Gas prices are dropping across America, so driving a big, comfortable, powerful and relatively inefficient SUV like the Grand Cherokee becomes markedly more affordable. And, as many Americans are forced to stay indoors unless they’re making an essential trip, the idea of taking a Wrangler or a Gladiator on a multi-day trip off the beaten path can become an obsession.

The catch is YouGov BrandIndex’s small sample size. As our colleagues at The Drive point out, a majority of research firms aim to include at least 1,000 respondents in their studies to obtain accurate results. And the focus on Jeep’s lineup is nothing new; the brand has been on a roll in recent years as motorists pivot towards SUVs.

Ford’s popularity increased by 1.8% during the same 30-day period; 26.2% of respondents would consider one of its models as their next car, which leads us to wonder if leaked images of the long-awaited born-again Bronco (which is aimed directly at the Wrangler) and of the smaller Bronco Sport spurred at least part of the increase.

Also, 6.6% said they’d look at one of Ram’s pickup trucks, up by 1.4%, while 9.8% are interested in a Mazda and 12.2% plan to check out a car made by General Motors. Keep in mind these statistics merely reflect the sample’s interest in the brand, so it’s not an accurate indication of how fast sales will grow in the coming months.

Other car-related studies carried out in March 2020 are a lot more grim. Road traffic in the United States dropped by 30% in the wake of stay-at-home orders issued to slow the spread of the coronavirus, and new car sales in locked-down states could drop by over 80%. Most factories are temporarily closed, but Ford and Fiat-Chrysler Automobiles (FCA) both plan to resume production halfway through April 2020, and analysts expect the new car market will bounce back quickly after movement restrictions are lifted.