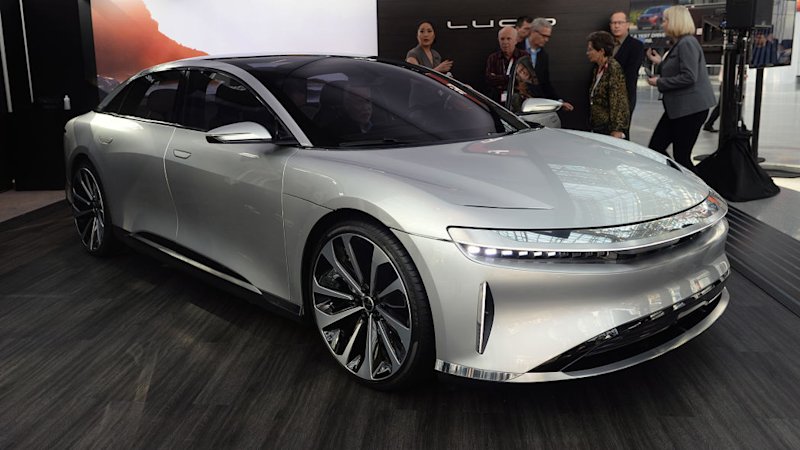 The show was originally planned to open to the press next week, and Lucid told Autoblog there is no current time table for a revised reveal.

Meanwhile, Lucid CEO and CTO Peter Rawlinson told the Silicon Valley Business Journal the company was making progress despite the coronavirus pandemic, having grown to more than 1,000 employees and maintaining phone interview schedules to fill open positions to match its growth strategy. And construction continues apace on its first assembly plant in Casa Grande, Ariz., where it aims to start production later this year.

“Our supply chain remains totally committed and in a state of readiness for start of production for the Lucid Air,” Rawlinson said. “For the most part, tooling and machinery for the Lucid factory in Arizona was well underway before the current crisis.”

In February, Lucid announced it had inked a deal with LG Chem to provide battery cells for standard versions of the Air through 2023, a move that it said allowed it to lock in production volume forecasts for the next several years. It said it would optimize the cells to maximize range, energy density and other factors, and the company said it expects additional agreements for special versions of the luxury sedan.

The cells presumably will be used to power the Dream Edition, the name it’s giving to its first-edition models, which will reportedly get 400 miles of range.

Lucid plans to build the first 80 prototype Air sedans at a former Theranos site in Newark, Calif., while its plant is being completed in Arizona.