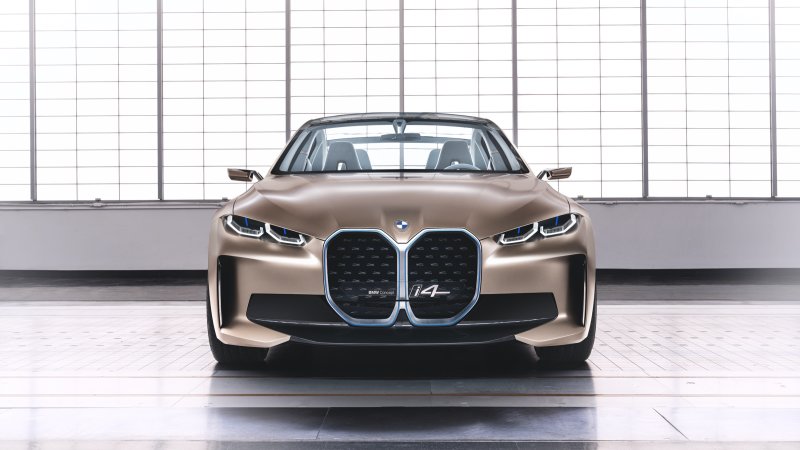 The widely-circulated belief that an electric powertrain doesn’t need to be cooled is completely false. What’s accurate is that an electric car doesn’t always need a grille on its front end, but BMW told Autoblog that’s not an excuse to move away from the twin kidneys that have characterized nearly all of its models since the 1930s.

Domagoj Dukec, the soft-spoken head of BMW’s design department, pointed out the decades-old twin-kidney grille is the biggest differentiator between the Munich-based firm and rivals from Germany and abroad. It’s more than a cooling tool; it establishes the car’s identity. It’s here to stay regardless of whether his team draws an electric sedan or one powered by a gasoline-burning straight-six. Going electric might force stylists to prioritize form over function, but an emphasis on design is what spawned this styling cue nearly nine decades ago.

“If you go really back in time to when the kidney started, there was a big difference between it and the classic grilles of other manufacturers. Look at the grille of a Rolls-Royce, for example. It was always the same shape as the radiator behind it. For BMW, however, it was always the face of the car, and it wasn’t shaped like the radiator. The 328 had vertical openings. Splitting the grille in the middle was not the most efficient way to do it, but it was an aesthetic solution,” he said, referencing a roadster manufactured between 1936 and 1940.

The firm’s range will grow in the 2020s with the addition of electric models, like the i4 (pictured), but Dukec doesn’t see the need to give each one a twin-kidney grille as a constraint. He instead instructs his team to tweak the feature’s shape and dimensions to ensure the end product suits each car’s character well. This strategy has spawned some of BMW’s most polarizing designs, like the face-lifted 7 Series, but it has worked as intended.

BMW is split into three pillars: M, i, and the core brand. This balanced structure could easily enable stylists to create three distinct design identities to differentiate them, but that’s not the order of the day in 2020.

“We no longer see i on one side, positioned as the angel on the left shoulder, and M on the right shoulder as BMW’s devil. This doesn’t work anymore,” he said. “We don’t want to make three parallel universes where we have three brands with different characters. We want to strengthen BMW as a brand with the help of two sub-brands which have two different roles. M4, i4, and 4 customers have one thing in common: They love BMW.”

We’ll need to wait a little bit longer to find out what this strategy looks like on the road or in one of the company’s showrooms. The next-generation 4 Series is expected to break cover before the end of 2020, the M4 based on it should make its debut in 2021, and the production version of the i4 concept will enter production in 2022.

In the meantime, Dukec had a message for those who deprecate the size of BMW’s recent grilles.

“In the past, some people were actually complaining that we weren’t as self-confident as other brands, and no one complains about them when they have a grille that stretches [all the way] from left to right. Everybody who loves BMW will get used to it. People who are complaining are often not customers.”