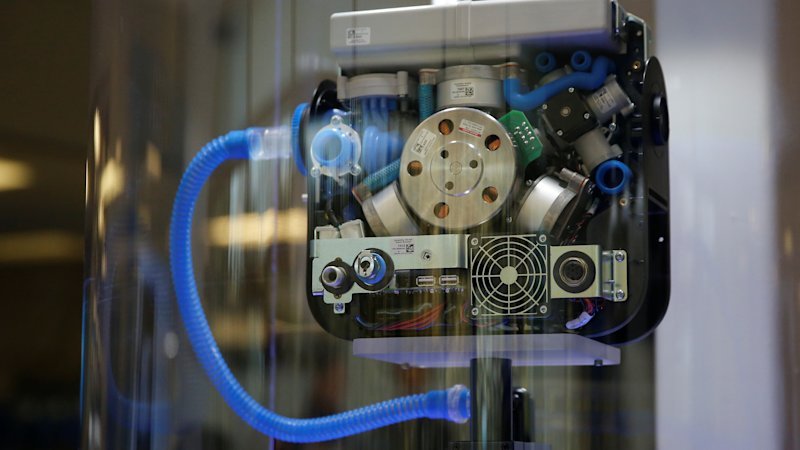 On a day when the House of Representatives passed and President Trump signed into law a sweeping $2 trillion relief bill intended to mitigate the unprecedented economic damage caused by the coronavirus epidemic, another drama was playing out between the administration and General Motors, which ended when Trump invoked the Defense Production Act, seeking to force the automaker to make medical ventilators.

“Our negotiations with GM regarding its ability to supply ventilators have been productive, but our fight against the virus is too urgent to allow the give-and-take of the contracting process to continue to run its normal course,” read a White House statement explaining Trump’s first use of the Korean War-era act. “GM was wasting time. Today’s action will help ensure the quick production of ventilators that will save American lives.”

After Trump invoked the act, GM said its commitment to build Ventec’s ventilators “has never wavered.”

Even before Trump’s order, GM told Autoblog in a statement, “Ventec Life Systems and General Motors have been working around the clock to implement plans to build more critical care ventilators. With GM’s support, Ventec is now planning exponentially higher ventilator production as fast as possible.”

Trump has been reluctant to use the act to force businesses to contribute to the coronavirus fight, and still seemed ambivalent after issuing the order. “Maybe we won’t even need the full activation. We’ll find out,” Trump said Friday in the Oval Office.

The move appears aimed at price and volume negotiations. But it’s not even GM that’s negotiating with the Trump administration, it’s Ventec, said Chris Brooks, chief strategy officer for the company based in Bothell, Washington.

Ventec ventilators, which are portable and can handle intensive care patients, cost about $18,000 each, Brooks said. That’s much cheaper than the more sophisticated ventilators used by hospitals that can cost up to $50,000, he said.

The dispute first broke into public view last week, when Trump tweeted that the administration was in talks with GM and Ford about a role in making the medical devices to treat an expected surge in critically ill Covid-19 patients. Last Friday, GM and Ventec said they were already far along in the process, and were converting a GM electronics facility in Kokomo, Ind., to produce as many as 200,000 ventilators.

Then Thursday night, The New York Times broke a story that Trump had been set to make an announcement about the joint venture Wednesday — when the event was abruptly scrapped. The reason? The Federal Emergency Management Agency (FEMA) decided it needed more time to weigh the reported $1.5 billion price tag, including paying GM several hundred million dollars up front to retool the Kokomo plant for the task.

Government officials told The New York Times the GM-Ventec project might still happen, but they were looking at at least a dozen other proposals. They said they were struggling to understand how many units the new partnership would make because the number was in flux, and some officials were concerned about ordering too many ventilators and being stuck with an expensive surplus.

The move escalated a feud involving the president, GM, several governors and medical experts over the severity of the crisis and just how many ventilators will be needed to handle it.

Thursday night, Trump muddied the waters by questioning whether more ventilators were needed, at least for New York, currently the hardest-hit state in the country. Experts say close to 1 million ventilators could be needed nationwide at the pandemic’s peak, with fewer than 200,000 existing now at hospitals and in a federal strategic stockpile. In New York alone, Gov. Andrew Cuomo on Friday reported there have been 519 deaths and nearly 45,000 confirmed cases. Cuomo has cited health officials in saying 30,000 ventilators may be needed in New York, and he has been making that plea to the federal government all week — while New York hospitals are resorting to treating two coronavirus patients with a single ventilator and modifying anesthesia machines to serve as ventilators.

The pandemic is raising all kinds of issues regarding just what is the cost of a human life. Here is a consideration of that question from fivethirtyeight.com. Meanwhile, some conservative voices are saying that getting the U.S. economy back on track is worth some loss of lives.

Material from The Associated Press was used in this report.