Toyota and Hino will develop a heavy-duty fuel-cell truck 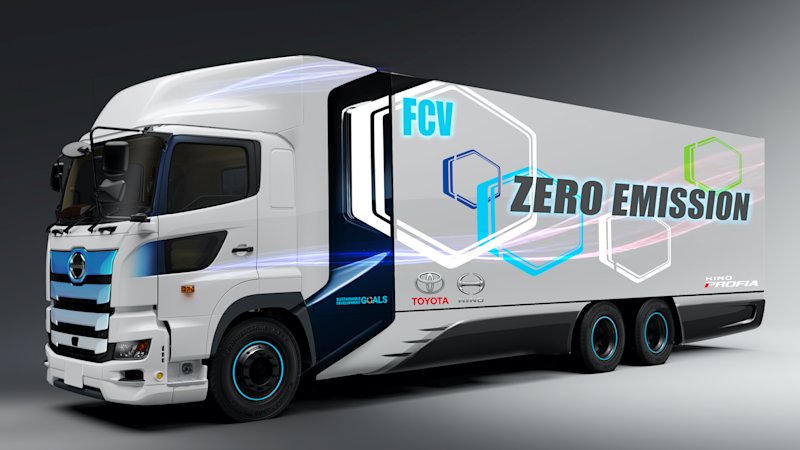 Toyota will develop a heavy-duty fuel-cell truck with its subsidiary Hino Motor as it sees hydrogen technology as a zero-emissions alternative to battery power for large commercial vehicles. The automakers noted that heavy duty trucks “account for about 60 percent of the total CO2 emissions from commercial vehicles operating in Toyota and Hino’s home market of Japan.”

In a statement, Toyota said the truck, based on Hino’s Profia model, would be equipped with two fuel cell stacks developed for the next model of its Mirai fuel cell sedan, along with high-pressure hydrogen tank and lithium ion battery pack. It would have a cruising range of around 370 miles (600 kilometers). The automaker says “steps are being taken, through comprehensive weight reduction, to ensure a sufficient load capacity,” which is obviously important for the kind of work these trucks are expected to perform.

Toyota has long touted fuel cell vehicles as the ultimate eco-friendly vehicle and sees the technology as more efficient than battery electric cars, embraced by many rivals as a zero-emissions alternative to gasoline vehicles.

Reuters contributed to this report.