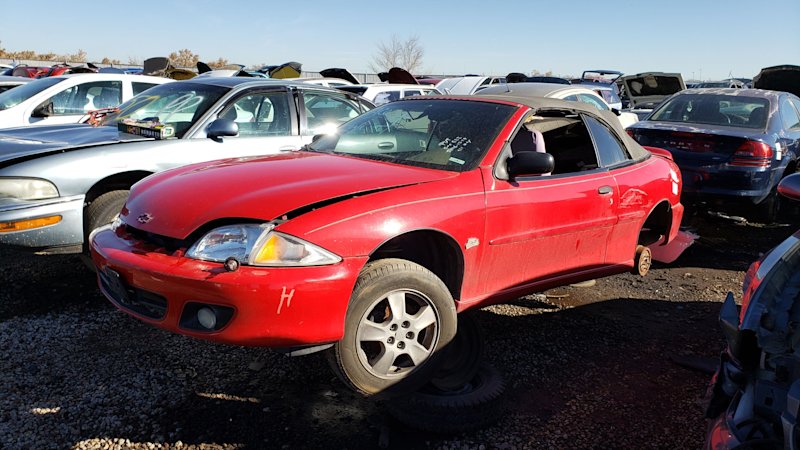 The General sold something like six million Chevrolet Cavaliers during the car’s nearly-quarter-century production run and (if you add on the sales of its J-Body brethren, in North America as well as all the corners of GM’s far-flung global empire) could be seen as one of the most successful vehicles in General Motors history. The final American Cavaliers rolled off the assembly line in 2005, so I still find plenty of these cars while traipsing through junkyards; it takes a very special Cavalier to merit inclusion in the Junkyard Gem Pantheon. Here’s such a car: the final model year for the Cavalier convertible, the second-to-last year for the iconic Z24 package, and it has the high-coolness-quotient Quad 4 engine under the hood. 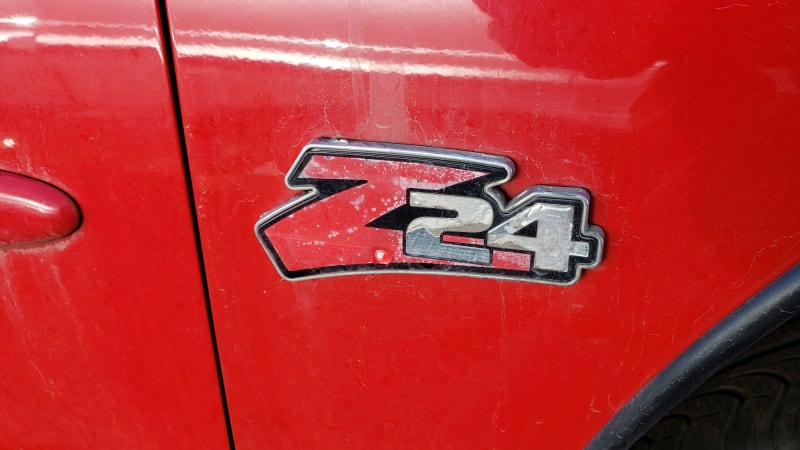 Wild graphics on “youth-oriented” Detroit cars got to be all the rage during the late 1980s and all through the 1990s, and this car has some that are very much of their era. 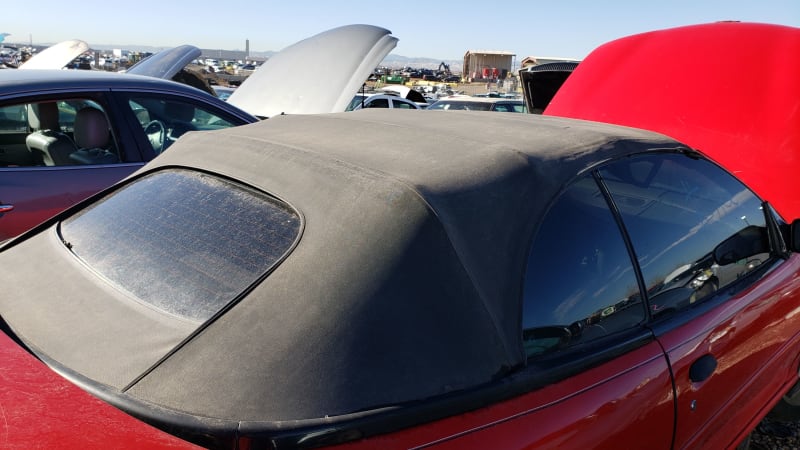 Everyone likes convertibles, but not many car buyers feel willing to live with one year-round. This top looks a bit ratty, but has held up pretty well under the harsh Colorado sun. 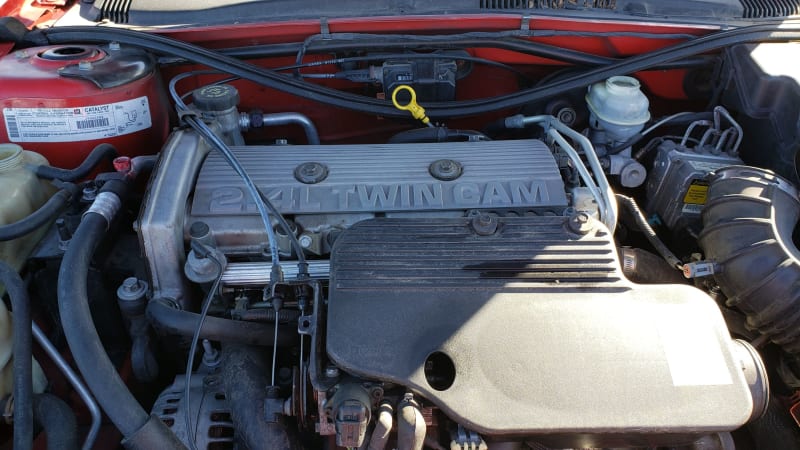 The dual-overhead-cam, 2.4-liter Quad 4 (technically, GM didn’t use the Quad 4 name on the 2.4, but everybody else does today) generated 150 horsepower in this application. The tougher Ecotec replaced this engine for the final years of the J-Body. 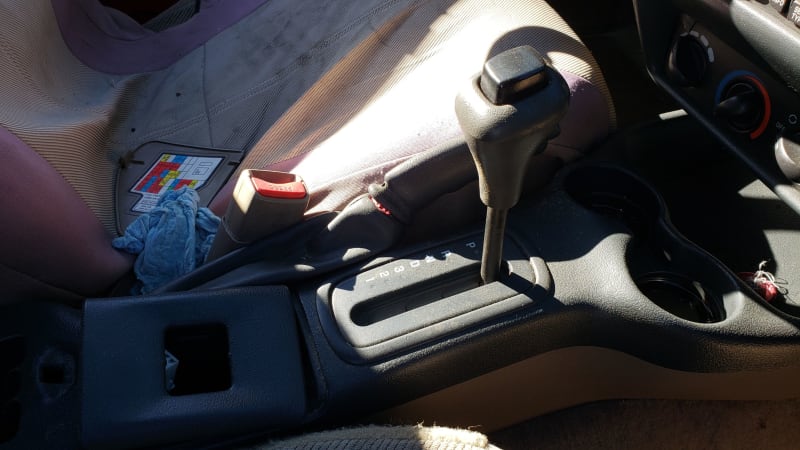 A Getrag 5-speed manual transmission came as standard equipment on the 2000 Cavalier Z24, but just about every buyer paid extra for the four-speed automatic. Few used-car shoppers want to deal with three pedals these days, so the slushbox probably preserved the value of this car long enough to buy it a few extra years before this fate. 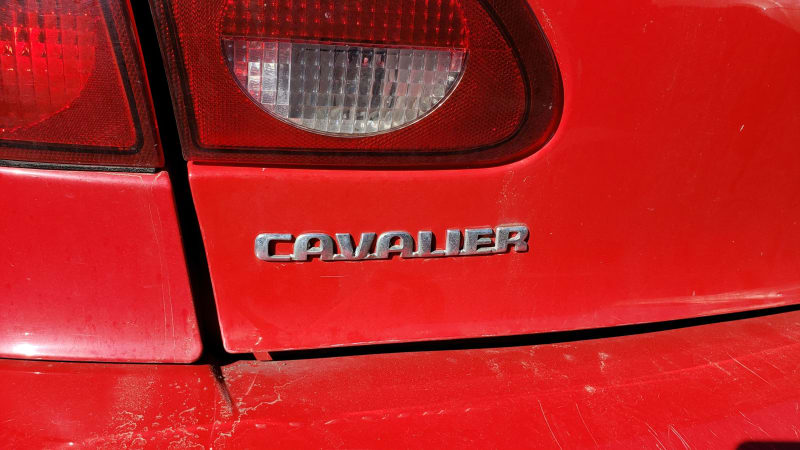 The Cavalier managed to hang on until the 2005 model year and even (with Toyota badges) developed a small but devoted following in Japan. The name got revived in China a few years ago, but that car— a Chevy Cruze cousin— isn’t related to the good old J-Body.

GM wasn’t pouring tremendous resources into marketing the Cavalier by the year 2000, so ads such as this one pushed now-mundane features such as keyless entry.

Let’s go back to the heyday of serious Cavalier Z24 marketing, with this hallucinatory commercial from 1986. That brutish-sounding engine was a 2.8-liter V6 that made 135 horsepower.