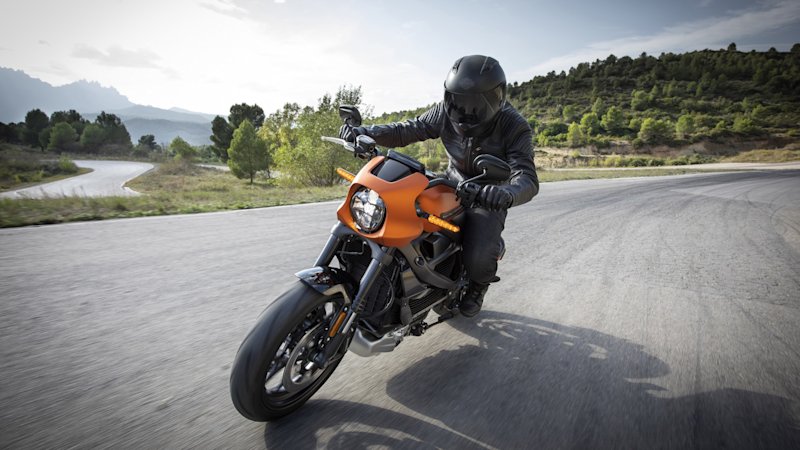 Harley-Davidson’s electric LiveWire offers about 100 miles of riding range, so it’s not as well suited to long road trips as its gasoline-powered siblings, but that doesn’t mean it can’t go the distance. Swiss rider Michel von Tell proved that by setting a new 24-hour distance record (albeit an unofficial one) on Harley’s first electric model.

The record isn’t official because it wasn’t certified by Guinness World Records, but it’s well documented and nonetheless an impressive achievement for both man and machine. Von Tell left Zurich, the largest city in Switzerland, on March 11 and headed for Stuttgart, Germany, the home town of Porsche and Mercedes-Benz. He made the 124-mile trip on one charge, according to Elektroauto-News. He then meandered across Germany before following the shoreline of Lake Constance and snaking his way to Ruggell, Liechtenstein.

Von Toll’s record-setting, 1,070-mile trip took him to four countries in 23 hours and 48 minutes. He covered this distance on his own, and he comfortably beat the old, 818-mile record set in 2018 by a team of seven riders who took turns going around a test track on a Zero SR. Data like how much electricity Von Toll used during his trip and how many times he stopped to charge will be published by Harley-Davidson in the coming days.

Electric cars receive a tremendous amount of attention, but it’s important not to forget the same technological advances that help Tesla, Chevrolet, and others increase the range of their battery-powered models trickle down to the motorcycle world. The segment is getting bigger annually; Harley-Davidson is notably planning several follow-up models, and Ducati has strongly hinted it plans to go electric. With that said, we wouldn’t be surprised to see Von Toll’s record fall sooner rather than later as two-wheelers with more riding range hit the market.