Coronavirus races: IRL drivers face gamers who are ‘quicker than all of us’

Rice Tire Covid-19, Green Car Technology, Rice Tire Run Down 0
Coronavirus races: IRL drivers face gamers who are ‘quicker than all of us’ 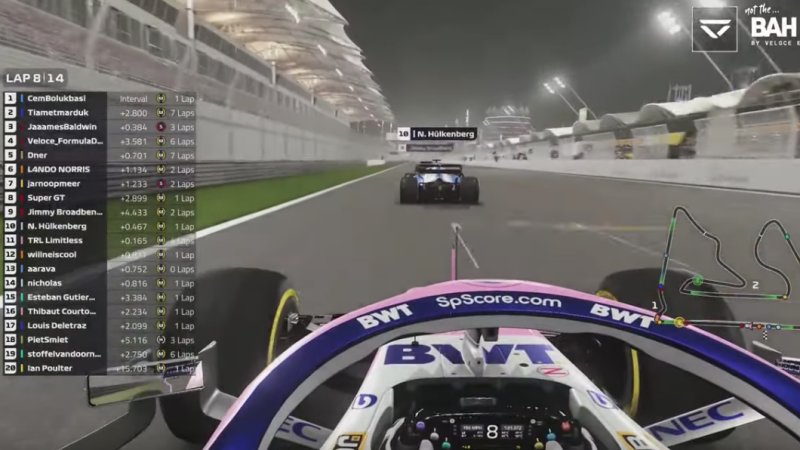 DÜSSELDORF, Germany — Le Mans winner Neel Jani won’t feel his tires grip the road in a competitive environment for quite some time with the Formula E season suspended due to the coronavirus pandemic.

That doesn’t mean he can’t find a race worth his time. To do that, he’s been taking his auto racing skills online — and finding himself at times overmatched.

“Against the gamers, it’s a different world,” he said. “They’re incredibly quicker than all of us, all of the real racing drivers.”

Pros from Formula One, NASCAR and other leading series are using race simulators to stay sharp and entertain fans with their seasons postponed by the outbreak.

Since the season-opening Australian Grand Prix was called off last weekend, Red Bull’s Max Verstappen has been racing online, as has McLaren’s Lando Norris. F1, NASCAR and IndyCar have had drivers sign up to take part in virtual races in place of real ones, and TV sports networks with time slots to fill are saying they’ll air them.

“It’s good just to keep you in the groove from a mental, psychological aspect,” Jani, who raced against Verstappen on Sunday, told The Associated Press.

Jani was using a borrowed simulator at a friend’s house and has ordered his own simulator, but doesn’t know when it will arrive amid restrictions in Switzerland due to the virus.

Jani says it’s good for training “pure racecraft,” particularly overtaking, although there’s nothing like wrestling a real race car around a track.

“Being quick in a real car and being quick in a sim, there are still different aspects coming into play. In the real cars, first of all, you need the physical condition to be able to do it, so you need to have physically to train and all these things,” he said.

“With all the speed and all the G-forces, you have to still be able to have the guts to do it, to take this corner flat because you know if you don’t make it, you’re going to hit and it’s going to hurt. While in the sim, you say: ‘This lap I try, and if it doesn’t work, next lap I try differently.’”

Sim racing allows fans to watch drivers who wouldn’t normally race each other. So far, Verstappen has taken on gamers, but also Indy 500 winners Juan Pablo Montoya and Simon Pagenaud.

Drivers aren’t the only athletes using technology to stop their skills from decaying while in self-isolation.

The 2018 Tour de France-winning rider Geraint Thomas is one of a number of cyclists moving online to give indoor workouts more purpose. He’s been using the Zwift platform to turn a ride on an exercise bike into a group race through computer-generated scenery in the fictional nation of Watopia.

Some PGA Tour players already have simulators in their homes and can use them as part of normal practice to check the launch angle, ball speed and other measurements relevant to the swing. Full Swing Golf is one of the largest companies and supplies Tiger Woods, Jordan Spieth, Jason Day and Gary Woodland. Brooks Koepka, Justin Thomas and Rickie Fowler even spent time this week by using a simulator to compare left-handed swings.

But perhaps no sport is better positioned to turn simulations into a fan-friendly experience than auto racing.

Two postponed races were held virtually on Sunday — F1’s Bahrain Grand Prix and NASCAR’s event at Homestead-Miami Speedway. Formula 2 racer Guanyu Zhou was the winner of the 14-lap virtual F1 race, beating the likes of Nico Hulkenberg, Lando Norris and Johnny Herbert. (Replay above.) And Denny Hamlin edged out Dale Earnhardt Jr. in the NASCAR event, swapping virtual paint in the process. Hamlin admitted doing something he couldn’t normally do in a race: He drove barefoot.

IndyCar will launch its own series the following weekend.

Earnhardt Jr., Kyle Busch and more than 30 other NASCAR pros have signed on to race in the multi-week eNASCAR iRacing Pro Invitational Series that began Sunday on the virtual Miami track. That race was broadcast live on FS1, with NASCAR commentators Jeff Gordon, Mike Joy and Larry McReynolds on the call.

“We’re basically the only sport in the world where your competitors are going to go out there and put on a show for the fans,” said NASCAR Cup Series driver Clint Bowyer, who will compete in the series as well as provide in-race commentary.

The 40-year-old Bowyer told The Associated Press he’s been on the iRacing game with other drivers constantly since the pandemic forced him to hunker down at home. He said a group including him, Earnhardt, country musician Tim Dugger and other pros have run virtual races until 2:30 a.m. some nights.

“It felt like I was in the garage area,” Bowyer said. “Everybody that I work with on any given weekend was all sitting there in this thing.”

It’s not clear how much Sunday’s races helped drivers stay sharp, but it’s undoubtedly keeping them competitive. Bowyer said some have gone to extremes to perfect their race stations and are even studying in-game data to maximize performance.

Bowyer expects the younger pros will take the checkered flag throughout the series. “Nobody can leave their houses, there ain’t nothing to do,” Bowyer said. “Some of them don’t have wives and kids. Those are the ones who are going to win. Look for that guy.”